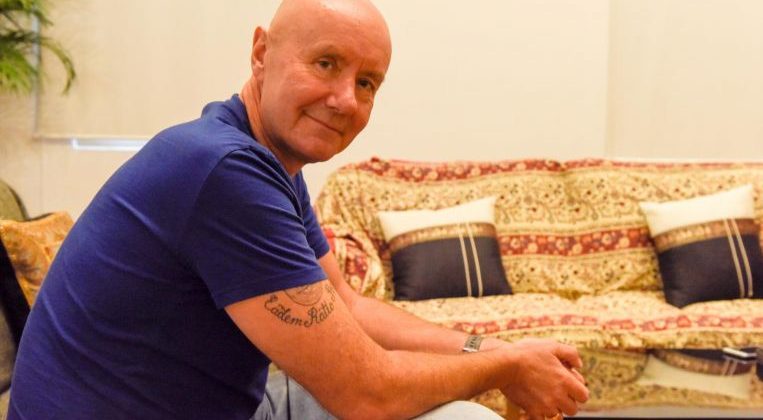 SINGAPORE – Instead of elections, countries should have a widespread lottery every five years to determine who gets into cabinet, says Scottish writer Irvine Welsh.

“It’s random, and it means you have a cross-section of everybody represented in that model,” said the Trainspotting (1993) author.

He added that it would therefore be incumbent on the education system to ensure that good quality people are selected.

Welsh was speaking at the Singapore Writers Festival on Sunday (Nov 4) at a talk titled Who Are We and Where Do We Belong?: Questions in a Divided World.

“I think humanity is in a bit of an existential crisis, I think we don’t know exactly what’s ahead for us… Technology has pushed us towards a whole different mode of production. The growth of the internet, information technology, that was a force for globalisation. We opted for a neo-liberal form of globalisation, and that was a mistake, really.”

He described the ongoing Brexit situation in Britain is the upshot of “the past 30 years of neoliberalism”, adding that things aren’t much better in other countries such as the United States.

“It’s the age of a***hole-ism. Every country is on a quest to find the biggest a***hole in the population… It’s like, let the a***hole do it, ‘cos the system is f***ed up anyway, and he’s going to (destroy) it in the fastest possible way,” says Welsh, who lives in Miami.

Asked by Money FM89.3 deejay Michelle Martin, the moderator, about the extent to which literature matters in this divided world, Welsh said: “I wonder if we are moving towards a kind of time where we don’t need art anymore.

“If you think about art and culture as being a kind of means of communication… we have the power of information and technology so quick now… The things that make us human are love and art, but there has been talk about the idea of replacing ourselves with silicon-based life forms, and you can live longer, or live forever, go to space… Do we need these elements of humanity anymore?”

Ms Zian Ismail and Mr Zahed Hussin, who attended the talk, had just returned from their honeymoon in Scotland where they visited a bookstore Welsh was said to have frequented.

Ms Zian, an advertising manager, said: “He was funny. When he said the patriarchy was a mess for men (too), that was really awesome.”

But 27-year-old Tan Shuo Han, who works in finance, was not as impressed.

“I was a bit disappointed. I wish the talk was more focused on the writing, rather than him talking about his political views. They aren’t that original or interesting.”