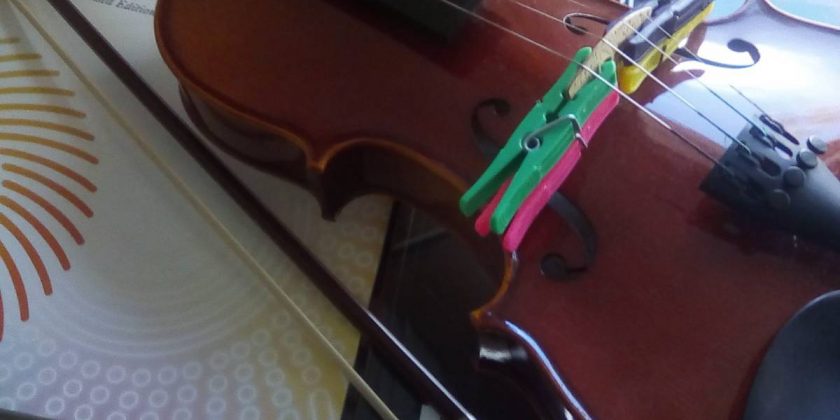 Wesley Parish worked out how to mute his violin somewhat to avoid bothering his neighbours during lockdown. Others might find it useful since the music shops are closed at this moment and music practice during lockdown can sometimes be annoying.

Why so small Grain Waves?

PepsiCo (the parent company of Sunbites), which makes Grain Waves, explains why its multi-pack bags are so tiny. It says it takes into consideration serving sizes and recommended intakes for kids because these bags often end up in lunch boxes. Its staff dietician Wendy Jeffrey explains that dietary guidelines for a snack serve for adults is 143 calories and for kids it’s 83 calories, hence the 18g of product. She adds: “The Health Star Rating is calculated on a per 100g basis, so this rating remains the same no matter the pack, portion or serve size. It’s also worth noting that Grain Waves are quite dense due to their high wholegrain content, and this particular product contains a minimum of 70 per cent wholegrains.” PepsiCo claims 88 per cent of its packaging is recyclable.

Robert writes: “We had a young tabby named Basil (although a female) who used to follow us down the street quite often. One time we had walked to a friend’s house a couple of streets away and had to shoo her back a couple of times. Later, sitting at the friend’s dining table, we looked out onto the deck and saw Basil. I picked her up and took her home and went back to the friend’s house. A while later, I had to duck home to get more supplies and while I was in the kitchen, looked towards the laundry and there was Basil peeking around the corner. I turned back to the bench and saw, out of the corner of my eye, Basil Two peeking around the corner of the other end of the kitchen. I picked them both up and could not tell them apart. I had to take a guess as to which one was the real Basil. We assume I had got it right, because another Basil never turned up at our house … but who knows?”

Try before you buy

After a long week and a bumpy overnight flight, Steve was in transit at Sydney airport, in zombie mode. “I saw a guy that I knew and we walked towards each other. I was about to greet him when I realised that it was a full-length mirror.”