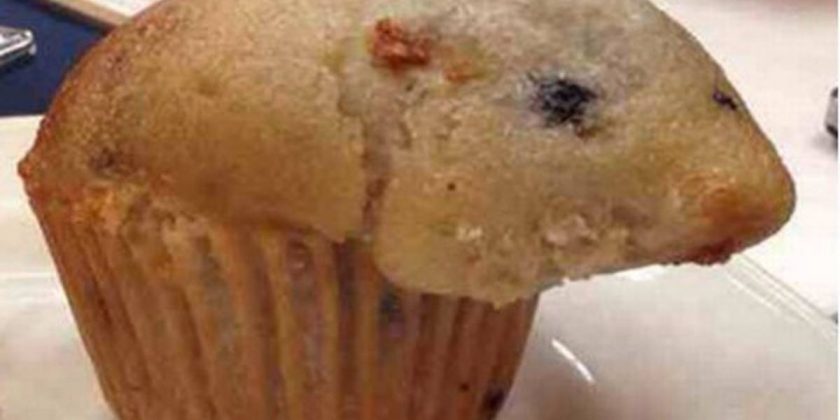 1. “Just been down to Tesco for a sandwich and some chips and the lad at the checkout asked if I wanted to go for a drink. I told him I had a boyfriend and I was flattered but I couldn’t. He said: “No, it’s part of the meal deal.'”

2. “At university I went to a therapist for the first time and he asked me to tell him about my childhood. I got to ‘and then my parents got a divorce’ and he nodded, writing in his notebook, and echoed ‘your parents got you a horse’. He felt so bad but I couldn’t stop laughing for 10 minutes.”

3. “I saw a girl carrying a baby guinea pig so I asked if I could pet it but it was actually a muffin so I’m on my way to jump off a cliff now.”

4. “In my teens I once brought a muffin back to an unnamed coffee establishment, saying there were glass shards on my muffin. I had never seen sugar crystals on a muffin before. I still cringe.”

5. “I was 14 and my friend and I were walking along the street and some pervy-looking middle-aged man tooted his horn at us from a white van, so I gave him the finger. My friend said (you guessed it): ‘That’s my dad’.”

Thinks it's better than you

Virtual reality for your herd

A farmer in Turkey has strapped VR headsets on his cows in an effort to produce more milk. The headsets display rolling green paddocks to give the cattle an emotional boost. The VR-equipped cows produced 27 litres of milk per day as compared to 22 litres for the other cows on the farm. This unorthodox method might somehow be the answer to farmers looking to grow their production volume without adding more animals.