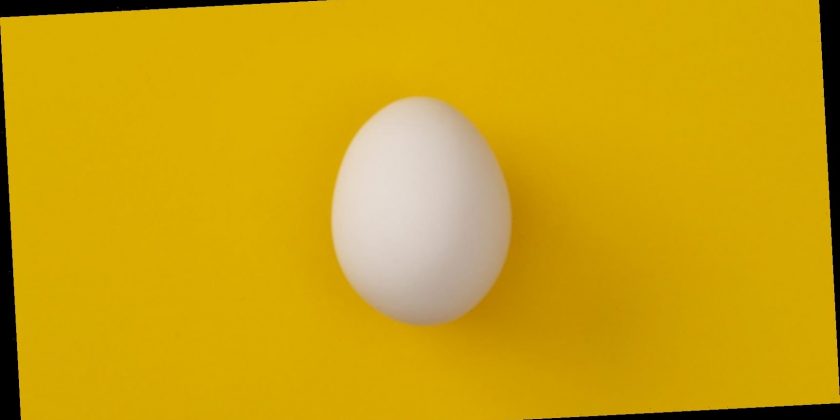 In our new series, There’s A Podcast Episode For That, we dig deep into the podcast archives to find the best answers for some of life’s biggest questions. This week, we share the best podcast episode for anyone who’s wondering if they should freeze their eggs.

Egg freezing has been a pressing issue for many people during the pandemic, both practically and emotionally. Although fertility clinics have since been allowed to stay open, many women’s treatments were paused when we first went into lockdown last year. And thanks to Covid-19 putting a stop to dating and new relationships for an unknown amount of time, there has been a surge in the number of single women freezing their eggs.

Even without there being a pandemic, egg freezing is a difficult decision to make, due to the costs, time and uncertainties involved. So what are the questions you should really ask yourself and sit with for a while before making a decision? What do you need to know about the process? How much does is actually cost?

Luckily, there’s a great podcast for that.

This is why more women than ever are freezing their eggs

Freezing Time: How Did I Get Here?

In the Freezing Time podcast series, journalist Sophia Money-Coutts – who is 35, single and currently going through the process of having her eggs frozen – takes listeners on her egg freezing journey. Over the course of 10 episodes, Money-Coutts speaks to experts and other women on their own journey. She also records her own thoughts and feelings while explaining the process. It’s also worth noting that, as the pandemic started halfway through recording, she does reference how lockdown has affected this journey. For anyone who is looking to make that first egg freezing step, the first episode is a must-listen.

The basics of egg freezing, explained

While Money-Coutts makes the point that this podcast isn’t a scientific lesson, she lays out the biological reasons why women sometimes freeze their eggs: “While men can stay fertile for most of their life (classic men), most women’s fertility starts to decline in their 30s.

“It’s actually an area where I think mother nature slightly dropped the ball: while girls are born with between one to two million eggs, by the time we hit puberty that number has fallen to around 300,000. By the age of 30, we’ve lost nearly 90% of our eggs, and by our mid-30s both the number and the quality starts dropping faster.

“The idea behind freezing eggs is that it can prolong a woman’s fertility (i.e. freezing time), meaning if she gets to an age where she can’t get pregnant naturally, she can get those eggs thawed and fertilised by a sperm donor or a partner and have those embryos implanted, hopefully for a baby nine months down the line. The treatment takes around a a month and the process if almost identical to the first stages of IVF.”

A fertility test is the first step to take, and it’s a big one

“It took a while to get my head around even taking a fertility test,” Money-Coutts admits to her producer Hannah. “I think it’s quite a scary thing to undergo for a lot of women. What if you get terrible results and it tells you that you’ve got no eggs and no hope? I think that’s relatively common. I think it can really freak out women. But even if you get bad results, it doesn’t mean that you can’t have a baby.”

Money-Coutts then speaks to fertility expert Zita West about what these tests set out to find, while discussing her own results.

Egg freezing is not an insurance policy, and it’s definitely not cheap

“Doctors always drum into you that this is not an insurance policy: there is no guarantee of a baby when you come to use these eggs,” Money-Coutts explains. She then shares the real costs of treatment: “It costs £3,500 per go, unfortunately that doesn’t include additional costs such as the drugs and blood tests, which bring the whole sum up to around £5,000. Yikes.”

She later adds: “At the moment, unless you have a medical reason for needing to freeze your eggs (for example: chemotherapy) you can only have your eggs frozen privately..”

Under normal circumstances, people who have decided to freeze their eggs can do it as soon as the time their next period starts, the process isn’t as quick as many assume it it. “Often it makes me chuckle when a woman comes in and think it’s something she can just do in her lunchtime. Like, ’Can you just scrape a couple of eggs?. It is a process so there’s a lot to think about,” says West.

Money-Coutts goes on to explain exactly what is involved next: “You begin a two-week course of drugs that essentially stop your brain from talking to your ovaries. The reason this is important is that when it comes to taking the drugs you need later to encourage egg growth, you don’t want your brain to release all these eggs as it would normally.

“Usually, you’d only ovulate one mature egg each month. But the whole point of these drugs is to make you produce as many as possible. So after the first two weeks of drugs, you have another two weeks of different hormone injections, which stimulate the follicles where the eggs grow, during which time you’ll have regular blood tests and scans to check your progress.”

She adds: “36 hours before the operation, you have a final trigger injection that tells your ovaries to release your eggs so they can be sucked up by your doctor using a needle and frozen.”

Ultimately, it’s your decision to make

This is an emotional journey as well as a biological and financial one. Money-Coutts is honest about her feelings throughout, and in a teaser for the second episode, we hear more women sharing their fears, disappointments, hope and everything in between. If you relate to them, it’s a series definitely worth continuing with.

You can listen to the Freezing Time podcast with Sophia Money-Coutts on all good podcast platforms.