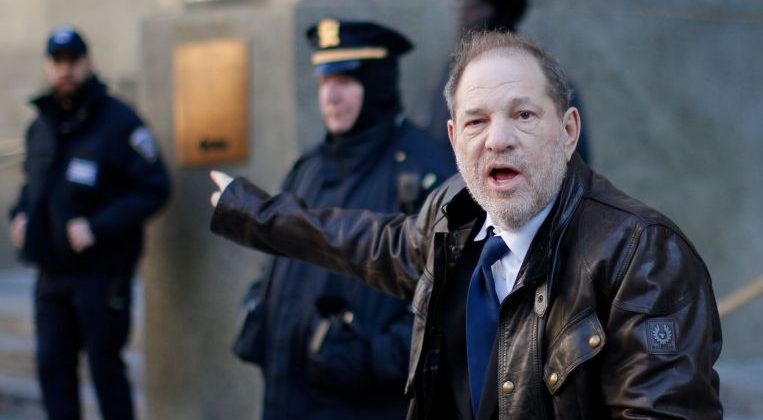 Prosecutors accused the defence of striking out young white women while Weinstein’s attorneys complained that a juror had written a novel about predatory older men.

The legal teams spent almost two weeks picking 12 jurors from around 700 candidates for the high-profile trial seen as key to the #MeToo movement.

The makeup of the jury is expected to factor heavily in whether Weinstein, 67, is convicted of predatory sexual assault charges that carry life in prison.

Lead prosecutor Joan Illuzi-Orbon accused the defence of limiting the number of young white women, possibly in the belief they would be more sympathetic to Weinstein’s accusers.

Attorneys on both sides can rule out up to 20 potential jurors each without needing to express a reason why.

“They are systematically eliminating a class of people from this jury,” Illuzi-Orbon said in court Friday.

During the proceedings, Weinstein lawyer Arthur Aidala objected to one woman serving by suggesting she was too young.

“A lot of the nuances of this case have to do with the way the world worked back in the 1990s. This is a person who does not have the life experience to appreciate that,” he said.

The defence repeatedly tried to get the case dismissed and the venue moved in recent weeks by complaining that intense media coverage meant Weinstein would not receive a fair trial.

On Friday, they asked for a mistrial after claiming that one of the women picked for the jury had failed to mention she had written a novel about older men pursuing schoolgirls.

The novel is due out this summer.

Opening arguments from the prosecution and the defence are scheduled for Wednesday.

The trial is expected to run until March 6.

The jury will hear testimony from former production assistant Mimi Haleyi who says Weinstein forcibly performed oral sex on her in his New York apartment in July 2006.

The disgraced movie mogul is accused of raping another woman, whose identity is has not been disclosed.

Sopranos actress Annabella Sciorra is expected to testify as a supporting witness. She says Weinstein raped her in the early 1990s.

More than 80 women have accused Weinstein of sexual misconduct since claims against him ignited the #MeToo movement in October 2017.

But many of the alleged crimes fall outside the timeframe for bringing charges.