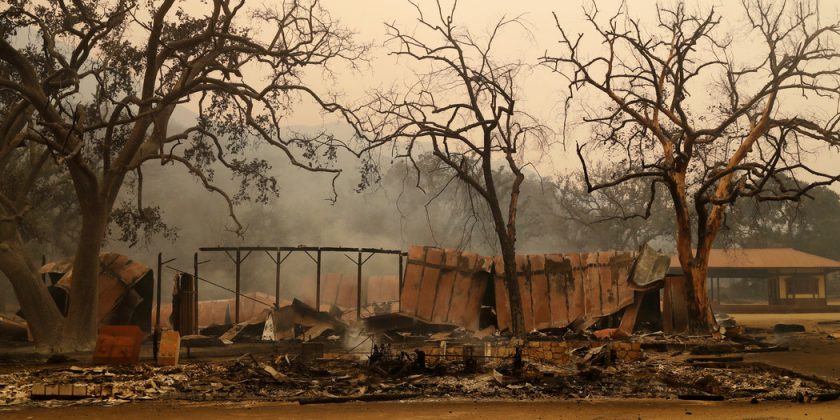 The famed Paramount Ranch, which served as a set for numerous Hollywood television shows and films over almost a century, was destroyed in the so-called Woolsey Fire in California, the National Park Service, which operates the site, said in a social media post on Friday.

“We are sorry to share the news that the #WoolseyFire has burned Western Town at #ParamountRanch in Agoura,” the post said. “We do not have any details or photos, but it is our understanding that the structures have burned. This area is an active part of the incident and we cannot access it.”

The 2,700-acre site, which offered lush panoramic views of the Santa Monica mountains, was a shooting location for the first two seasons of the HBO show “Westworld.”

“‘Westworld’ is not currently in production, and as the area has been evacuated, we do not yet know the extent of the damage to any structures remaining there. Most importantly, our thoughts go out to all those affected by these horrible fires,” the network said in a statement. The primary shooting location for the show is at the unaffected Melody Ranch in Santa Clarita, which is where its Main Street scenes are filmed. Melody Ranch is also where the “Deadwood” movie is being filmed.

Evan Rachel Wood, one of the show’s stars, said on Twitter: “This is eerie. So sad for the history lost.” 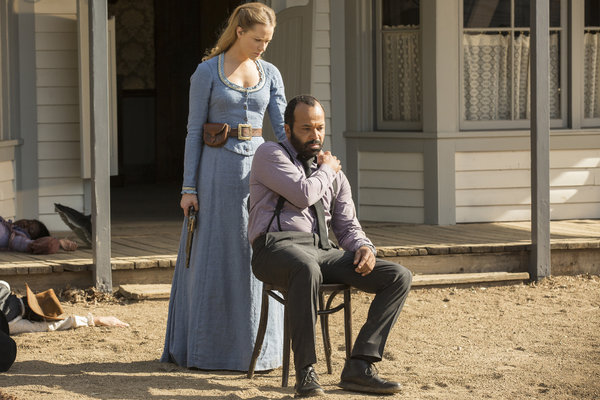 The ranch, which until Friday resembled a town straight out of a western, was originally developed in 1927, when Paramount Pictures purchased the lot in the old Rancho Las Virgenes and used it for various films, including “The Maid of Salem” (1937) and “The Adventures of Marco Polo” (1938). In the 1950s, Paramount sold the lot to William Hertz, who built the permanent western town that would serve many shoots and as a tourist destination.

Over the next several decades, the ranch would change hands multiple times, until the National Park Service took over ownership of a portion of the lot in 1980. Since then, the town was a filming location for the 1990s CBS show “Dr. Quinn, Medicine Woman,” the Clint Eastwood film “American Sniper” (2014) and as a ghost town in the 1981 version of “Scream,” among many others.

California has been battling three major fires, one in the northern Sierra and two west of Los Angeles.

In Southern California, the authorities ordered residents of Malibu, the Los Angeles beach-town home of many Hollywood celebrities, to evacuate. One of the actors who evacuated Malibu was Martin Sheen. His son Charlie Sheen posted a Twitter message on Friday, saying he could not contact his parents. They were found safe by a local television crew on Zuma Beach.

Other shooting locations that may be in danger, according to Robert Mills, head of alternative programming at ABC, include the Bachelor Mansion, where the reality show “The Bachelor” is shot.

The mansion, which is primarily a family home that is used during production of “The Bachelor,” is in one of the areas that has been evacuated, a spokesman for the production company said. The spokesman said the roads around the home were closed and that it “may be intact with damage to surrounding structures, but have no way to confirm.”