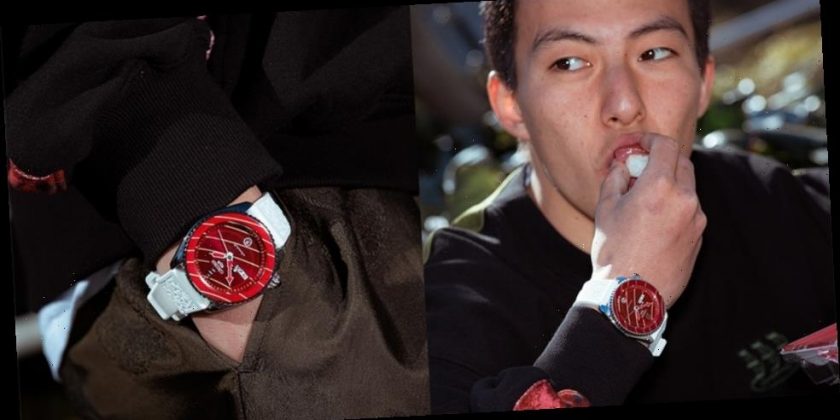 Seiko has teamed up with Evisen for a three-piece line-up of watches, each of which is designed as a visual expression of the Japanese skate label’s unique outlook on the world.

Launched in 2011, Evisen has become renowned for combining staple skate pieces with ancient Japanese traditions and culture, as well as artwork associated with the label. Now linking with a compariot in Seiko, the pair deliver a clean three-piece collection of understated timepieces.

The SRPF93 features an off-white dial that resembles the material used for a skateboard wheel, while the calfskin strap has been designed to imitate a wood-grained deck. The centre of the dial has been crafted to look like a skateboard’s wheel bearing, while hexagonal indexes complete the look.

On the other hand, the SRPF94 – a piece dressed in a sleek black and gold combination – incorporates the Evisen logo Samurai helmet on its fluted dial, while the brushed bezel ring features Kanji characters.

A “Sashimi” red SRPF95 completes the trio, with a textured rice strap inspired by one of Evisen’s icons: tuna sushi. The tip of the crown is colored in the image of soy sauce, while the hands have been dressed in glow-in-the-dark LumiBrite to portray both tuna and wasabi.

The first two watches are being produced in limited runs of 1,500 pieces while the Sashimi is limited to just 700 pieces. Each watch is individually numbered and comes in a unique presentation box – with Japanese kanji “路滑板製造会社” printed on the back of the lid – head over to the Seiko webstore to find out more.

In other news, Rolex has dropped a host of new watches for 2021.
Source: Read Full Article