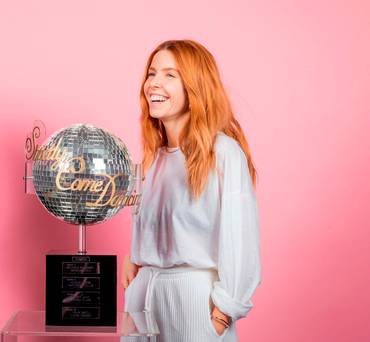 It’s worth prefacing his comments by mentioning that Cole – who had been on the show from the start, winning outright several times – was axed earlier this year. According to Cole, to see Stacey Dooley, formerly known as a niche documentary-maker, walk away with the winner’s glitterball made a “mockery” of the show.

There were layers to his criticism. In general, he had a problem with the proliferation of 10s given to the dancers by the judges. “Ten means it’s perfect,” Cole said, “and I haven’t seen a perfect dance on Strictly in my 15 years.”

“I think it makes a bit of a mockery of it,” he said, “but it’s an entertainment show not a dance show.”

It was all a bit sour, particularly as Cole has made no secret of his disappointment at being dropped by Strictly. He was on safe ground, however, for despite winning the public vote and the Strictly glitterball, there’s a strong swell of opinion against Dooley that has been soured by claims of a supposed fix.

You could look at this on the most simplistic basis possible and decide that a lot of criticism of Stacey Dooley springs from the fact that she’s young and pretty and female. And you’d probably have hit on something with that notion, though there’s more to it than that.

There’s a sort of resistance to Stacey Dooley’s seemingly stratospheric rise to fame in a matter of fleet-footed weeks that really gets people’s goats. It doesn’t matter that she’s been around for almost a decade, admittedly under the radar for most with her social-issue documentaries. The narrative is that she’s an upstart who skipped in and stole the show, possibly unfairly and with subtle help from the British Broadcasting Corporation. And that’s not fair.

Even if it is a fair, square and worthy win on her part.

Of course, once stories started post-win that Dooley was now going to be groomed as the BBC’s next big star – she’s hosting the BBC’s New Year’s Eve extravaganza, for starters – there are bound to be sour grapes.

The flashing of her flesh-coloured granny pants on the final show hasn’t helped matters, obviously. During her final paso doble, Dooley’s over-enthusiastic flouncing of her skirt saw it fly up to her waist, though she was oblivious, showing off her knickers and causing social media speculation that she wasn’t wearing underwear at all. That, then, was followed by speculation that she had done it on purpose, for attention and votes.

Stacey Dooley is exactly the kind of person you’d expect to see on something like Strictly – though, to be fair, she’s not exactly the obvious winner. She has some public profile, but was unknown to most, she knows how to acquit herself on telly and she’s a gutsy grafter. Perfect.

A native of Luton, Dooley left school at 16 and took a job as a sales assistant at Luton Airport. She got her start in TV in 2008, when she was 21, in a programme called Blood, Sweat and T-Shirts. It was concerned with sweatshops and modern consumerism, and while Dooley was recruited to represent the shopping-mad youth, she stood out for her interest in the social issue.

In 2009, BBC3 commissioned Stacey Dooley Investigates, and in the following years she covered topics ranging from child soldiers in the Congo, through the effects of the global financial crisis on young people in Greece, Ireland and Japan, to the English Defence League. She’s dealt with the culture around public sexual assault, hunting and anti-abortion activism, and received an MBE for her services to broadcasting.

Stacey Dooley has put in the time and energy in career terms, enough to merit being featured on Strictly. Though no doubt there are some would say that the frivolity of the dance contest demeans the serious nature of her real work.

Dooley is a naturally appealing personality, apparently open and cheerful, and the kind of character that lends itself to giving things a go. The public vote proved she had broad-ranging appeal, but the mutterings of a BBC favouritism for her ran through weeks of the show.

What lends weight to this kind of cynical suspicion is that this run of Strictly ran against a hugely popular run of I’m a Celebrity Get Me Out of Here, another celeb-based show given a shot in the arm by the presence of a bright young woman, Holly Willoughby.

If you were given to imagine behind-the-scenes machinations of the like lampooned on the BBC-based comedy W1A, you can just see the execs sitting round, tearing their hair out, wondering where they’re going to find their Willoughby. And then, like magic, Stacey Dooley comes along.

Stacey Dooley could be the Beeb’s Holly Willoughby. And Dooley’s win couldn’t have come at a better time than when the latter was triumphantly returning from the jungle, apparently making Phillip Schofield scared for his This Morning job and busily eyeing better things for herself. Dooley is proof, perhaps, that the stuffy old BBC understands, without fixing anything, obviously, that there is an appetite, right now, for young women doing well for themselves.

Bright and confident young women are blazing a trail right now, or so we like to think. In the house of Windsor, Meghan Markle is shaking up the old guard whether anyone likes it or not. Past-their-sell-by Ant and Dec have been overshadowed by Holly Willoughby – and over on the BBC, Stacey Dooley’s making a welcome mockery of Strictly.

She’s the star you never knew we needed, until she was high in the sky and seemingly supported on all sides to stay there.