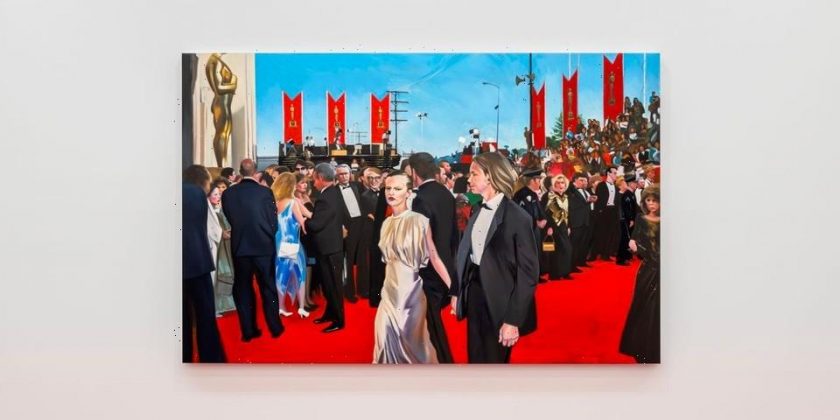 Sam McKinniss is an American artist who taps into the throes of pop culture to create figurative compositions that explore romance, celebrity and tragedy. Many of you have likely seen much of the content he sources: Ellie Sattler in Jurassic Park, the Purple Rain album cover, to Lil Nas X wearing that unforgettable pink cowboy outfit to the Grammy’s.

The Brooklyn-based artist is currently showcasing his third solo exhibition at Almine Rech’s Paris flagship. In Misery, McKinniss presents a suite of new paintings that lean into the familiarity of photos found across the media. By playing both artist and observer, McKinnis subtly imbues himself within each painting, by offering a snapshot at the images that have shaped him and contemporary culture.

Novelist and critic Gary Indiana once wrote that McKinniss’ paintings suggest a “deft, saturnine, facetiously sincere autobiography of taste and tastelessness that reveals less about the artist than the spectator, though in this case, the artist is spectator, too. These paintings…are really unlikely things, samples from the blazing horror vacui we inhabit as alleged global citizens, ergo very familiar, but suffused with pathos, even suffering, as well as flash and comic incongruity.”