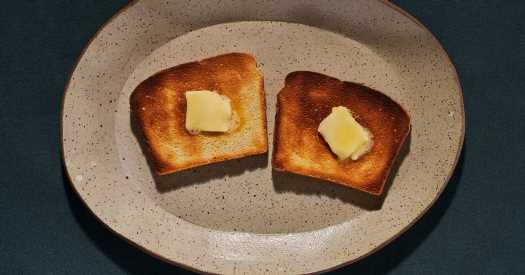 Its smell has been compared to the stink of overripe cheese, rotting tomatoes, dirty socks, but the delegation of bakers who make salt-rising bread still agree: You want to wake up to it! You want it to hit you the second you walk into the kitchen because it’s the auspicious whiff of a successful salt-rising starter, the first sign that efficient bacteria have been working hard all night, metabolizing protein in a fast, wild fermentation, filling the starter with hydrogen sulfide and other gases. It’s a promise that within several hours, if all goes well, a flat-topped, fine-crumbed loaf will come out a rich yellow gold from the oven.

“It’s very distinct and unpleasant to some people, but I actually like it,” said Susan Ray Brown, a baker from West Virginia. “The smell reminds me of being at my grandmother’s. It reminds me of how she’d set a Mason jar with her starter in it on the gas water heater, because it had a pilot light which would keep it at just the right temperature.” Salt-rising bread as we know it today was developed by colonists in North America — pioneer women who were isolated in the Appalachian Mountains with wheat but no access to yeast, and who needed to make bread for their families. They found that a mix of flour and milk left in a warm place would bubble up overnight, and the foamy mixture would help the bread rise. Though no yeast was used, some early recipes called for saleratus, a precursor to baking soda that was manufactured in the late 1700s and often used in biscuit and cake recipes. The oldest recipe for the bread Brown has found dates back to West Virginia in 1778.

Even at the height of its popularity, the method wasn’t completely reliable. A rise without yeast is so finicky that it has been surrounded with its own superstition and mythology. Some bakers were told to never slam a door if a salt-rising starter was going in the house, to not let children run around, to not get in a fight with their husbands. Some were told it would work only if the milk used was still warm from the cow. Brown researched the bread’s history with Genevieve Bardwell, and together they wrote “Salt Rising Bread: Recipes and Heartfelt Stories of a Nearly Lost Appalachian Tradition.” Though she’s clear on the science and process now, she said on a night that she’s making the bread, she’ll still fall asleep thinking about it, sending out good vibes through the darkness of her house, just hoping it’ll work out.

What the starter needs is to be held at exactly the right temperature. Brown has learned over years of research that this is somewhere in the sweet spot between 104 and 110 degrees. Some bakers use the pilot lights on their stoves, or bowls suspended over water baths. Some place the jar in an oven that has been turned off. An inconsistent temperature is hazardous. Starters held even a little lower or higher just won’t take — I learned that the hard way, collecting lifeless jars in my kitchen, starting over and over again. A few mornings, frustrated with my frothless starter, I thought, Why even bother with such a strange and moody bread. I asked Brown why she makes it, when yeast is so readily available, and when failure is so common.

“I stuck with it because I loved my grandmother, because she taught me so much, and I wanted to honor her,” Brown said. “Salt-rising bread nourished so many bodies and souls throughout generations, and since not a lot of people make it anymore, I feel compelled to keep the tradition alive.” I tried again, failed again. Tried again, and was rewarded. The bread is unlike any other I’ve ever seen or tasted — with a tiny, cakelike crumb and airy texture, and filling the kitchen with a smell like cultured butter. It was also a look back at the work of bakers who came before me, a link to Brown and her family and generations of resourceful women whom I wanted to remember, too.

Pearl Haines, a mentor to Brown who died in 2016, baked salt-rising bread for 90 years, starting at the age of 5. She grew up toasting the bread over a wood fire. As a treat, she’d put a slice on a pie plate, pour over some coffee, sprinkle on brown sugar and finish it with fresh, thick cream. This is the most deliciously luxurious way to have salt-rising bread, but it’s not necessary. It works well in a B.L.T., or cut and dipped into the runny yolk of a soft-boiled egg. But the bread has a delicacy that vindicates the effort required, and the heartbreaks of every failed starter. To enjoy it, you don’t really need to do any more work at all — just toast a piece, then, while it’s still warm, cover it with butter.