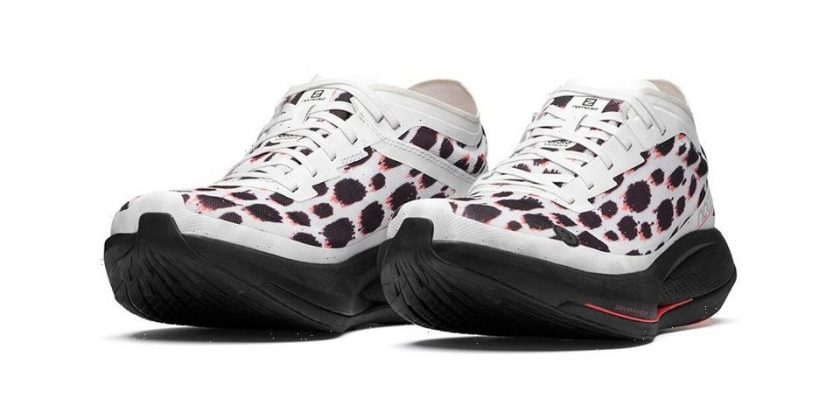 Salomon has extended its Spring 2022 collection with the launch of a new collaboration with Ciele Athletics. For this capsule, the Canadian running specialist has reworked the Pulsar Trail Pro and Phantasm road silhouettes with animal prints and bright colors.

For the Pulsar Trail Pro, Ciele Athletics has used its signature all-over zebra print in a mix of fluorescent colors and more earthy tones. These design details sit alongside the shoe’s technical details, including Energy Surge foam for extra midsole and stability.

The Phantasm runner features a different animal print, with cheetah spits in “Black Rock” that then give way to “Molten Red.” Both silhouettes also sport quotes encouraging runners to run their own race, with slogans saying “my pace is my pace” and “my speed is my speed.”

Both the Pulsar Trail Pro and Phantasm are due to release via both the Salomon and Ciele web stores and at select partners from May 12.