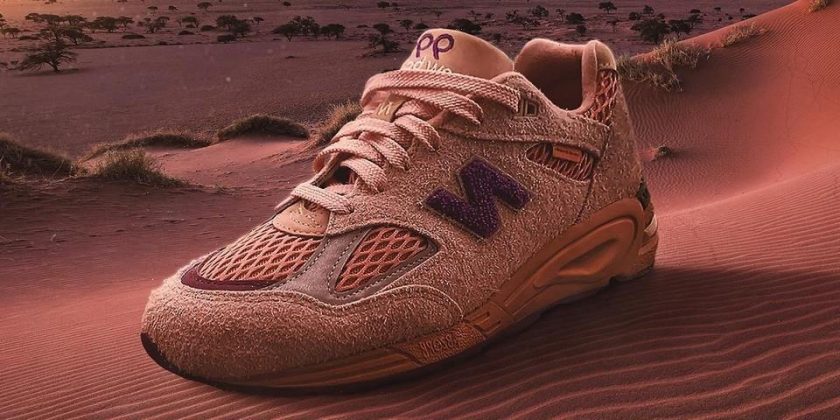 Salehe Bembury has taken to his Instagram to announce an official release date and debut the campaign for his latest collaboration with New Balance: the 990v2 “Sand Be the Time.” Bembury first teased the “Sand Be the Time” during Paris Fashion Week this past June, and since then has gradually amplified the messaging around it by seeding it out to his famous friends and sneaker influencers like Tyler “Arab Lincoln” Mansour — building excitement to a fever pitch before its official arrival, as he’s been doing since his first effort with New Balance in 2020.

Apart from announcing the shoe’s release date, Bembury has also revealed its accompanying campaign. Produced by creative agency Better Days, the campaign shows famed bassist Thundercat riding a sled down a sand dune and making a litany of humorous facial expressions before the speed of his sled blows his beanie off his head and unties his shoes. Thundercat then fights off a smile and walks out of the frame. Bembury is no stranger to tapping his network to appear in his New Balance campaign videos, as actor Jesse Williams and social media personality Austin Mahone have appeared in past installments.

From a looks standpoint, the “Sand Be the Time” offers an array of sandy orange and pink-tinted suede, mesh and rubber, embellished with a desert-appropriate purple tone on the midfoot’s chenille N logo and other parts of the upper. There are also a handful of hi-vis reflective silver hits on the forefoot. Keen-eyed fans of Bembury’s work will likely notice the main material difference between this 990v2 and past iterations of the 1998 runner, namely that the wide-gauge athletic mesh Bembury used on his “Water Be the Guide” and “Peace Be the Journey” 2002R collabs is used instead of the silhouette’s standard tightly-knit mesh.

For more footwear news be sure to check out the latest installment of Sole Mates, a weekly Hypebeast series that spotlights notable individuals in street culture and the connection they share with their favorite shoes.
Source: Read Full Article