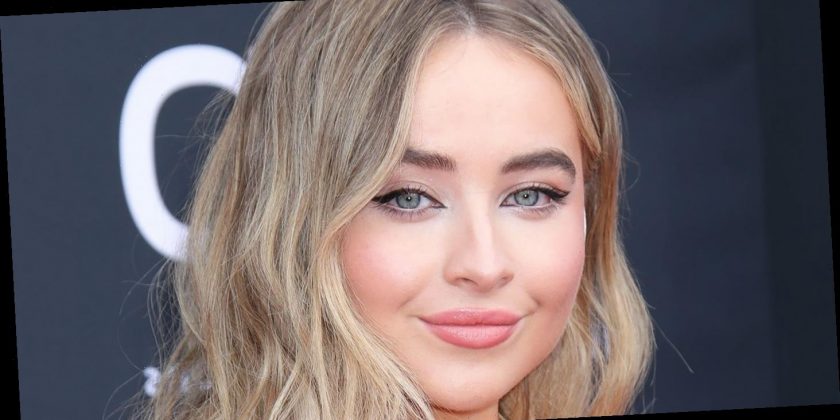 No drama? Sabrina Carpenter doesn’t want people to read too much into her song “Skin,” which is rumored to be about her ongoing drama with High School Musical: The Musical: The Series costars Olivia Rodrigo and Joshua Bassett.

“I genuinely was coming from a place as a 21-year-old that is navigating her feelings and was going through a lot in my personal life,” the “Why” singer explained on The Late Late Show With James Corden on Tuesday, February 9, when asked about the “controversy” surrounding the track. “The reoccurring theme was I was allowing people to get under my skin, so I wrote from that place of knowing that there was so many different experiences that will continue to happen to me in my life where I kind of have to remind myself that people can only get to you if you allow them to and you give them that access to.”

While host James Corden said that he “liked” her explanation, he said he believes that Carpenter “skirted” around the truth.

“No, I haven’t skirted around it. I think it’s more the fact that people will make a narrative about something, always,” she said in response. “And I think this was a really interesting song for people to kind of misinterpret and make it into something that it wasn’t really supposed to be in the first place. But I’ve just been enjoying making music.”

The drama started on January 8 when Rodrigo, 17, released “Drivers License,” a ballad that is rumored to be about Bassett, 20, and Carpenter. The Bizaardvark alum’s smash hit calls out a guy for being “with that blonde girl who always made me doubt.” She continues, “She’s so much older than me / She’s everything I’m insecure about.”

Rodrigo additionally sings, “Guess you didn’t mean what you wrote in that song about me,” which fans have theorized is a reference to Bassett’s 2020 song “Anyone Else.”

After the Girl Meets World alum released “Skin” on January 22, the single drew speculation for allegedly being a response to Rodrigo’s “Drivers License.” In Carpenter’s song, she sings in the pre-chorus, “I’m happy and you hate it, hate it, oh / And I’m not asking you to let it go / But you been telling your side / So I’ll be telling mine, oh.” She then belts in the chorus, “You can try / To get under my, under my, under my skin / While hе’s on mine / Yeah, all on my, all on my, all on my skin.”

Carpenter also appeared to directly address part of Rodrigo’s track in “Skin” as she sings about how “maybe blonde was the only rhyme.”

On January 24, the Hate U Give actress claimed that she did not write “a diss track” in response to Rodrigo’s hit. “I was at a tipping point in my life for countless reasons. So I was inspired to do what I usually do to cope, write something that I wish I could have told myself in the past,” she wrote via Instagram. “People can only get to you if you give them the power to. and a lot of people were trying to get to me.”

Carpenter said that “the song isn’t calling out one single person,” adding, “Some lines address a specific situation, while other lines address plenty of other experiences I’ve had this past year … It also shows that many things have actually gotten under my skin.. and I’m still learning to not give other people so much power over my feelings. I know a lot of you struggle with the same thing.”

Rodrigo and Bassett were rumored to be dating in 2020 after filming the first season of their Disney+ series. The “Lie, Lie, Lie” crooner has since been linked to Carpenter.