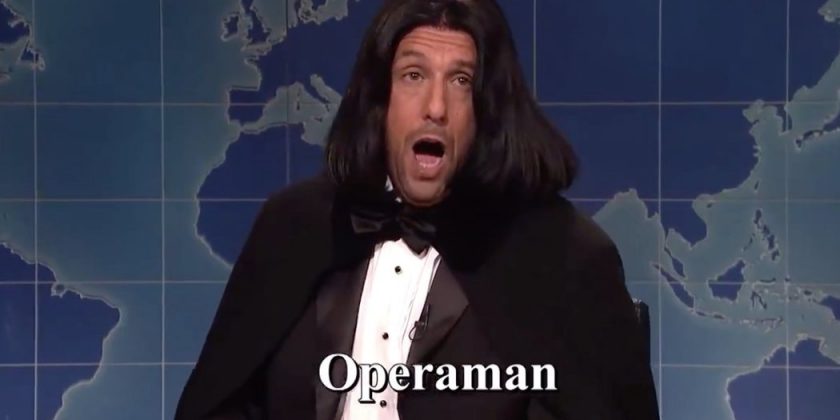 Was Opera Man there? Of course Opera Man was there.

It was Adam Sandler’s first time hosting “Saturday Night Live” since he unceremoniously departed the show nearly a quarter-century ago, so naturally he brought back some of his best-loved characters from the mid-90s era when he shared the “S.N.L.” stage with David Spade, Mike Myers, Molly Shannon and others.

Sandler also drew out some other celebrated “S.N.L.” alums to pop up throughout this weekend’s broadcast, which also featured the musical guest Shawn Mendes. But more crucially, Sandler’s presence seemed to inspire the current cast and creative team to dig deeply for material that matched their host’s stature and impish spirit — if nothing else, “S.N.L.” largely set aside its divisive political pantomimes in favor of more absurdist sketches, and ended on a surprisingly touching note.

But first, Sandler had to account for how his “S.N.L.” tenure had ended in 1995. As he said in his monologue, he was 23 years old when he joined the show, his cast mates David Spade and Rob Schneider were 25 and “Norm Macdonald was maybe 60.” He said that he lost his virginity “to a woman in this very studio — I don’t kiss and tell but it was the Church Lady,” adding, “She said I was special.”

Then, explaining his exit from the program, Sandler began to sing:

In another verse, he explained:

I got fired, not rehired
Well it made me sad and blue
I told my boy Chris Farley I got fired
And he said, “Sandman, they fired my [expletive], too”

Chris Rock, a friend of Sandler’s and former “S.N.L.” cast member, turned up to contribute a verse of his own. He sang:

I got fired, I was fired,
I was fired by NBC.
Then I went on “In Living Color”
Three weeks later, they took it off TV

Pete Davidson, a current “S.N.L.” performer, also started to sing about being fired from the show, but Sandler told him he hadn’t been let go. “I wasn’t?” Davidson asked. “How is that even possible?” Sandler replied, “I don’t know, but be patient because it’s coming soon.”

Then Sandler sang his closing verse:

I was fired, I was fired
NBC said that I was done
Then I made over $4 billion at the box office
So I guess you could say I won

Impersonation Smorgasbord of the Week

As has often been the case this season, the opening sketch seemed at first to promise a comedic re-enactment of a recent political event. But no — as an exhausted narrator explained, Attorney General William P. Barr pulled out of a hearing before the House Judiciary Committee and then, the voice-over continued, “the Democrats chose to do some light prop comedy with a bucket of chicken. The whole thing was so depressing that we’d rather focus on the two things all Americans can get behind: ‘Game of Thrones’ and ‘Avengers.’”

That set up a “Family Feud” parody featuring the “S.N.L.” cast as characters from “Game of Thrones” (including Kate McKinnon as Brienne of Tarth; Melissa Villaseñor as Arya Stark) and “Avengers: Endgame” (Beck Bennett as Thanos; Leslie Jones as a comically miscast Groot). But of course the best lines went to Kenan Thompson as the host Steve Harvey, who repeatedly mocked both teams and their media franchises: “Let’s start with the Avengers,” he said at the outset, “because this show is just like their movies. We’re going to open with 45 minutes of introductions.”

Fake Ad of the Week

Sandler turned in a memorably deadpan performance as Joe Romano, the proprietor of Romano Tours, a company offering vacations in Italy to customers who come from all over “but mostly Long Island and Jersey.” Yet as the commercial went on, Sandler made clear he was addressing a certain kind of clientele: “People love us,” he said, “but every so often a customer leaves a review that they were disappointed or didn’t have as much fun as they thought. So here at Romano Tours, we always remind our customers: If you’re sad now, you might still feel sad there, O.K.?”

As he went on to painstakingly explain, with onscreen graphics and client testimonials, Sandler said, “Remember you’re still going to be you, on vacation. If you are sad where you are, and then you get on a plane to Italy, you, in Italy, will be the same sad you from before. Just in a new place. Does that make sense?”

Family Reunion of the Week

The celebrity family reunion sketch is a format that “S.N.L.” has used before, with hosts like Christopher Walken and Jim Carrey, but it seemed especially suited for Sandler, allowing the host to play straight man while the current cast served his characters and mannerisms back to him. That roster included Melissa Villaseñor paying homage to Sandler’s title character from “The Waterboy” and Pete Davidson as “Little Nicky,” as well as guest appearances from Jimmy Fallon and Kristen Wiig.

‘Weekend Update’ Character of the Week

Kate McKinnon reprised her recurring role as Elizabeth Warren, appearing at the “Weekend Update” desk to ask why her policy proposals aren’t getting more traction as the race for the 2020 Democratic presidential nomination heats up. “I’m over here, working ’round the clock to give you free college,” McKinnon said. “But oh, look-ee there — Beto O’Dork did parkour in a Starbucks. Wow. Whoops, I just figured out universal pre-K but what’s that over there — Mayor Pete Bu-Judge Judy-Jute’s playing piano and speaking fluent Klingon.”

Opera Man Medley of the Week

Yes, Sandler did previously put on the wig and cape of Opera Man, his grandiose “Weekend Update” vocalist, for the “S.N.L.” 40th anniversary special that aired in 2015. But we’ll regard this segment as his true return to the character, when he finally got to croon about President Trump, “Game of Thrones” and the prospects for the 2020 election. As he sang to the tune of “La donna è mobile”:

Kamala, Gillibrand
Klobuchar, Warren
They have slim chance-o
They wear no pants-o

Cory, Pete and Beto
Will have to wait-o
Here we go again
70-year-old men

Chris Farley Tribute of the Week

With a tenderness and sincerity that he doesn’t often reveal in his comedy performances, Sandler closed out the show standing on the stage of Studio 8H with a guitar, singing a moving tribute to his “S.N.L.” co-star Chris Farley. Farley died from a drug overdose in 1997, at the age of 33, and a screen behind Sandler showed candid photos and videos of Farley from throughout his life, as well as some of his memorable “S.N.L.” performances, while the host sang about him in a balladeering, Springsteen mode:

The first time I saw him he was sweeter than honey
Plaid jacket and belt too tight, and he wasn’t even being funny
Then he cartwheeled ’round the room and slow-danced with the cleaning lady
He was a one-man party
You know I’m talking about — I’m talking about my friend Chris Farley 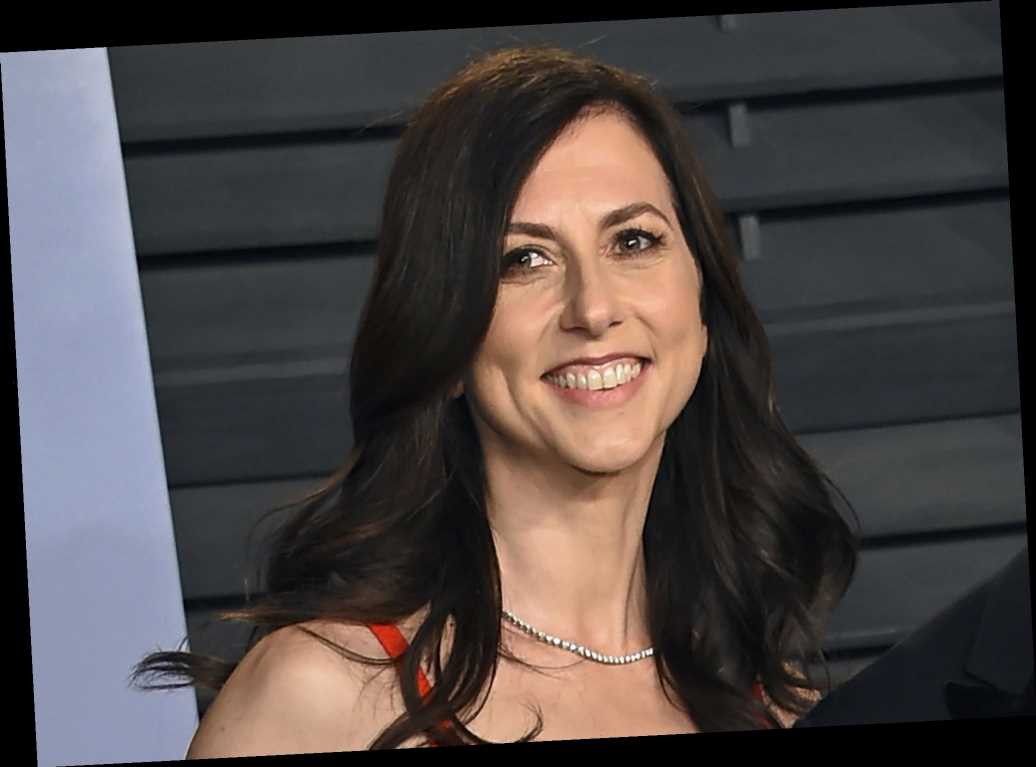