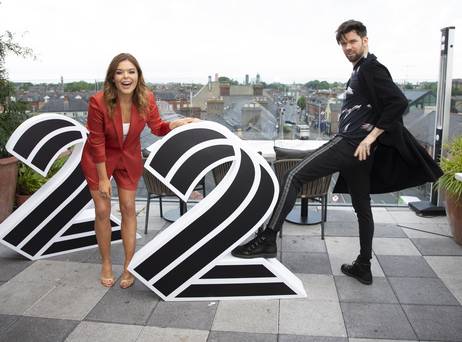 The anniversary will be marked with the ‘Ryan Line” returning to the airwaves at 9am.

The hour-long segment will be introduced by Gerry’s daughter Lottie.

“When I first heard of it, I was taken aback,” Lottie said at the unveiling of 2FM’s new schedule on the eve of the anniversary.

Meanwhile, Jenny Greene has revealed the reason behind her decision to depart 2FM and now return as part of the new schedule.

The 36-year-old DJ had been with 2FM since 2007, co-presenting ‘The Nicky Byrne Show’ for the past five years. However, as part of the shake-up prompted by Byrne going off to tour with Westlife, Jenny was offered a new evening show.

Jenny, who will now take on a daytime show, said: “If I was working Sunday to Thursday night till late, I would actually never be at home.”

Doireann Garrihy and Eoghan McDermott also attended the launch of the new schedule.