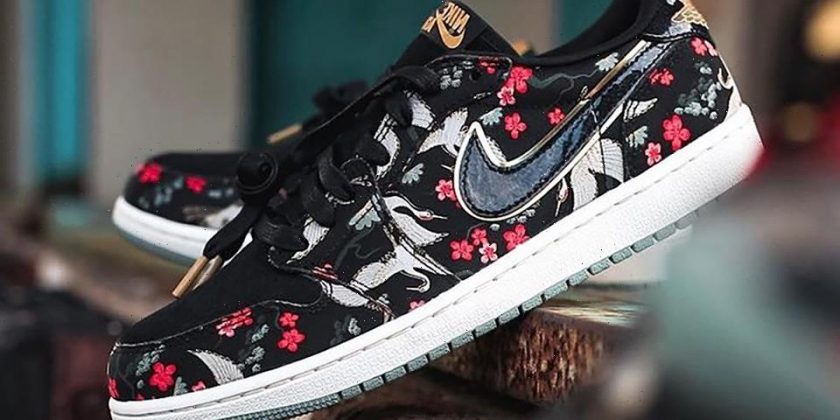 Representation from various countries is found throughout Jordan Brand‘s roster of athletes and musicians, and for the former, Rui Hachimura is leading the way for his people in Japan. The pro baller for the Washington Wizards has been fortunate enough to receive a plethora of special player exclusives from the brand that include the Air Jordan 8, Air Jordan 36 and more, and now he’s being fashioned a heritage-inspired Air Jordan 1 Low OG “Cranes” colorway.

In a similar fashion to Hachimura’s recently-unveiled Air Jordan 36 PE, its the Japanese graphics projected across the base layer that give these kicks their spirit. Sakura flowers in red and pink shroud the overlays that are planted on the heels, quarter panels and around the toe boxes along with oversized white cranes. Swooshes have been formed with solid black patent leather and come outlined in white. Regal gold accents show face on the lace tips, Nike Air branding on the tongues and ball-and-wings logos embroidered on the heels while more notes of black fall on the toe boxes and tongues.

These will only be gifted to friends and family, but the aforementioned Air Jordan 36 PE will see a public release.