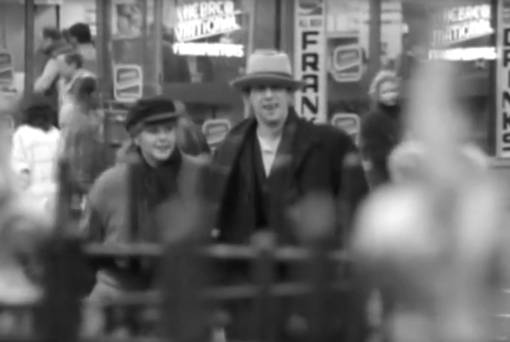 RTÉ will continue to play the original uncensored version of The Pogue’s Christmas classic, Fairytale of New York, despite objections the song’s use of an offensive word.

Shane Macgowan wrote the song in 1987 and the lyrics includes a word which is offensive to the gay community.

RTE 2FM presenters Eoghan McDermott and Stephen Byrne have both in recent days objected to the fact that the word is not censored.

McDermott too to Twitter to say he had asked the two gay members of his team how they feel about the word which he says is ‘their N word’ and added, “If people want to slur the gay community, this is their most powerful weapon. One favours censoring, the other outright not playing it. Neither like it. Simples.” He added, “Phrases that have zero social utility should fall away. Enough vitriol out there without gay people having to feel uncomfortable so people that aren’t affected by an insult can tap their toe. Black Eyed Peas “Let’s Get Retarded” changed to “Let’s Get It Started” – rightly so.”

He also said that the fact that the song is a classic “isn’t a strong enough defense to not at least censor it” and pointed out that radio stations censor other words including s***, f***, ass and weed.  “It’s not a big ask,” he wrote.

Byrne echoed McDermott’s sentiments, revealing that he was in a club recently when they played the song and “I stood in a room as over 200 people screamed a word thats been used to make me feel like an outsider, with such joy and cheer.”

He added, “People can do and say what they want, I hate the lack of appreciation for why it hurts people more than the actual lack of censorship of the actual word. I’m a big boy.”

RTE have confirmed to Independent.ie that they will not be censoring the song.

The debate comes days after a US radio station revealed that it had dropped ‘Baby It’s Cold Outside’ due to a lyric which it perceives as out of step with the #MeToo movement.

Ian O’Doherty: ‘We’ve stumbled into a new Victorian era, in which ‘liberals’ stalk the land looking for things to ban’