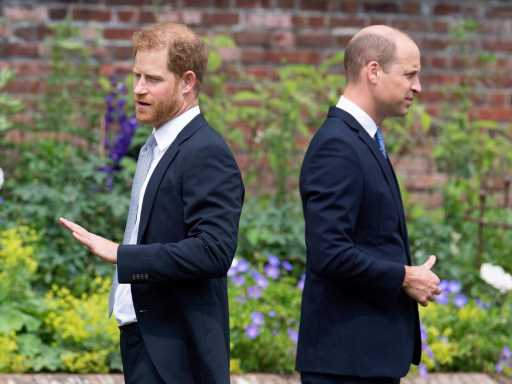 If there’s one thing we know about Prince William and Prince Harry is that their personalities and ambitions are completely different. William has the duty of royal service planned for him since birth as second line to the throne. Harry is definitely Princess Diana’s son and feels driven by philanthropy on a global scale, which fuels his personal passions. Neither path is wrong, but their two views rarely seem to meet each other (even halfway).

Finding Freedom co-author Omid Scobie is sharing to ET that the royal feud is probably going to continue for “a very long time” unless the brothers put in “an effort” to “make time to talk properly.” And right now, that doesn’t seem like it’s going to happen. “The relationship between Harry and William is still very much one of distance,” Scobie explained. “I don’t just mean physical [distance], across the Atlantic, but they are not talking that much, and that is exactly how sources close to William have put it.”

While many people thought that some of the major events over the last few months, including the death of Prince Philip and the statue unveiling for their mother, would bring them together —  but, that hasn’t happened. “These are still two brothers who aren’t in regular communication, or in much communication at all, and I think they remain on these very different paths,” the royal expert shared. And neither William nor Harry appear to be able to embrace the life choices made by the other, so without that understanding, “they will never see eye to eye.”

So for now, the distance between the siblings remains, and there won’t be peace talks any time soon. They will each carry out their life’s work, but neither of them are likely to come back together — unless they have to.