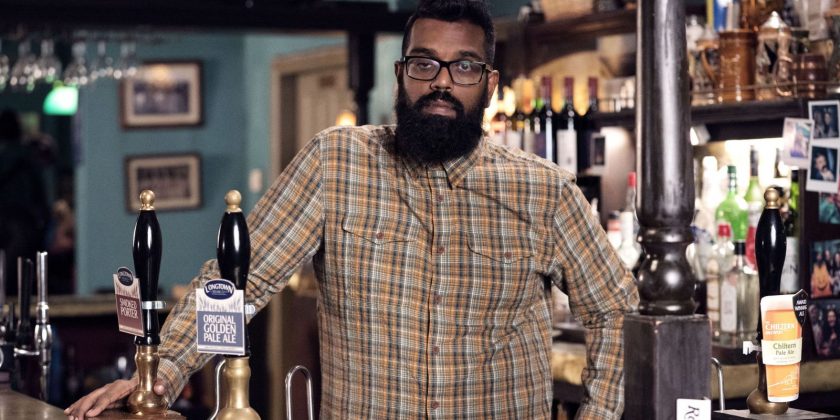 “It’s… fine.” Pregnant pause. “I mean, I’d like to be doing a travel show where I check out five-star hotels, Romesh Does Barbados or something, but it’s good.

“I’m being deliberately facetious. It is great to see these places but they’re tough shoots. My friends don’t see it like that, they think I just get to go away on holiday and make a programme about it, but they can be tough.”

Ranganathan, the unfailingly deadpan comedian who has built a career on cynicism and misanthropy (more on his having kids regrets later), is working on Misadventures, which sees him travel to some of the world’s most unlikely holiday destinations, as one of his many other projects, The Reluctant Landlord, is being broadcast. 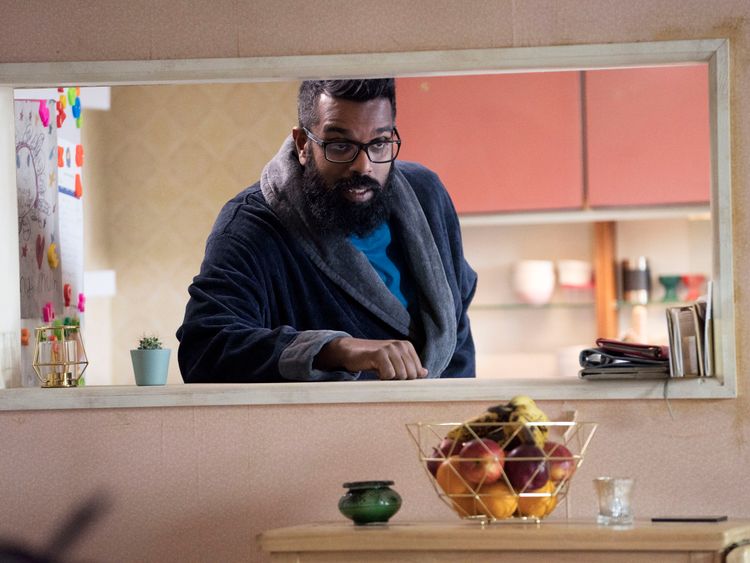 The semi-autobiographical Sky One sitcom sees the comedian essentially playing himself, taking on the family’s local pub after the death of his father.

This is what happened, for a bit, he says, following his father’s death from a heart attack in 2013. In real life, though, Ranganathan and his brother actually “ran it into the ground”. The Reluctant Landlord, he says, is his “Sliding Doors” scenario, and also his first foray into the sitcom genre.

“It’s sort of a version of the truth,” he says. “My dad passed away and we inherited his pub. What happened in reality was my brother and I gave it up. We realised we were sh*t at it. It’s basically what would have happened, almost like a Sliding Doors thing.

“My dad ran it for years and then we ran it for a few months and ran it into the ground. So really, I wasn’t just reluctant, I was a dreadful landlord.” 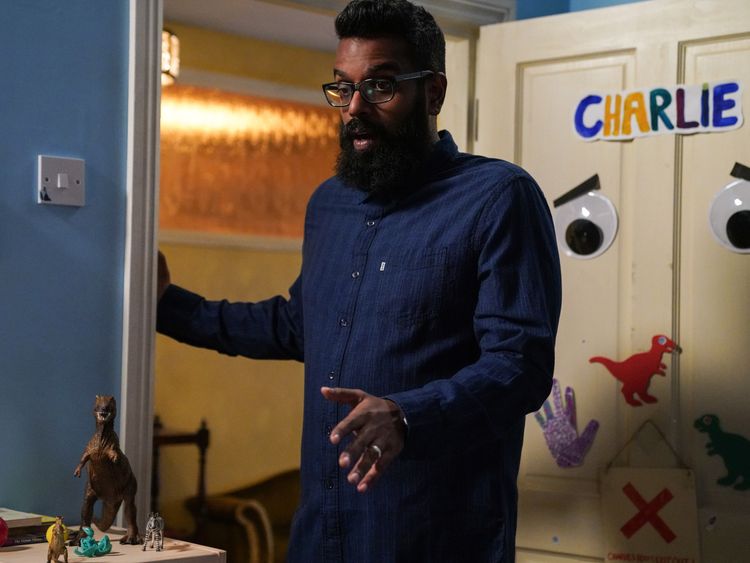 Ranganathan’s father took over the pub when he was in his teens. While his mum refused to live there, he would spend his evenings at the bar with his mates.

“My dad was the life and soul of the party. It was a personality driven pub, four regulars and a dog-on-a-string type of place. My dad holding court, telling his stories… well, he had about four stories and told those four stories over and over again.

“And he got me and my brother to DJ when he had parties… I say parties, it was us playing music and about seven people looking miserable in the corner. Is that a party? I think that counts.”

The second episode of the series airs tonight, and Ranganathan can relax a bit now the first is out the way.

“I was really nervous about it because I’ve done a bit of acting but hardly any so to have a thing you’ve written and acted in can be nerve-wracking,” he says. “You know, I’d prefer this job if you made these shows and then they got put in a cupboard, them going out makes me nervous.

“But the response has been wicked… although, we’ve only had one episode. There’s still time for people to hate it.”

With stand-up or panel shows such as Mock The Week, the reaction is instant. For many, the thought of attempting to show off your comedy chops on stage only to be met with a stony silence is the ultimate idea of hell. But Ranganathan says the nerves really built up for him ahead of the first episode of Reluctant Landlord going out, because of the waiting.

“With a sitcom, people are now seeing something that, well, we first started developing this about three years ago. You work on it and think and hope this is funny, but you don’t know. And then you start to not find it funny yourself as you’ve seen the jokes so many times. Then you’ve just got to wait.”

In the first episode, Ranganathan tackled racism, bullying – and people posting pictures of food on Instagram.

“That storyline came from the fact some of my wife’s friends were becoming supplement sales people.” He adopts a hyper-positive tone. “‘Get all your vegetables in three tablets, amazing’. I found out part of that training is they get you to try and present a really positive lifestyle.

“That’s why those people often look like they’re going mad, with all their hashtags – hashtag BestLife, hashtag VitaminLove, hashtag LivingMyBestlife. I don’t think it’s bad for me as I’m a bit older but I do worry about my kids. I sound like such an old b******, don’t I, but you’re under so much pressure to present a certain side of your life now.

“You don’t post up mundane stuff. Other people look and think that’s how everyone’s living. The truth is, if I posted up what I do most of the day I’d be unfollowed instantly. You post stuff about the 10% that’s left over.” 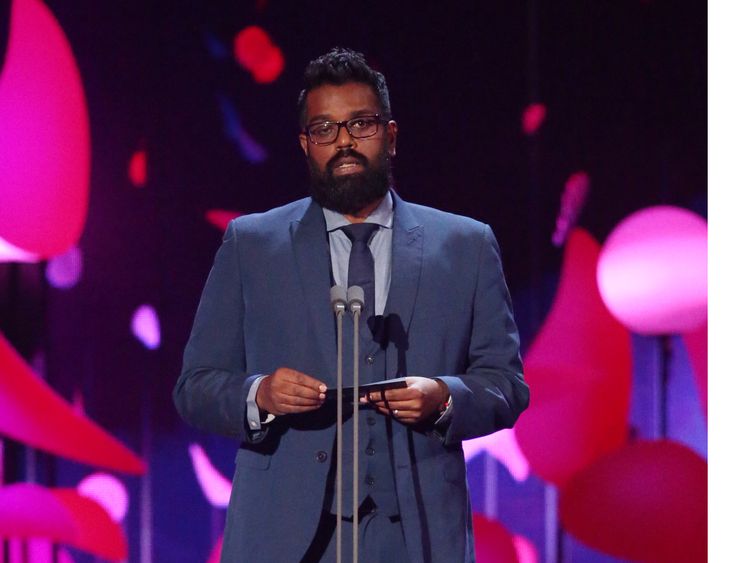 What would followers see if Ranganathan did Instagram his entire day?

“A lot of me sitting at a laptop, alternating between writing stuff and watching Curb Your Enthusiasm and Rick And Morty. Maybe taking a nap. That’s it.”

“I think I have done once, and that’s only because it was served in a bucket – you know, these restaurants where they give you egg on toast on a spade or whatever. Instagramming food is one of the worst scourges of western civilisation. I honestly think they should legalise marijuana, criminalise food pictures on Instagram.”

Ranganathan jokes that most of his work is borne out of laziness, in that he uses his real-life experiences to make people laugh. Before comedy, he was a maths teacher, and there is a project in the pipeline.

“The pub was perfect really as I’d always wanted to do some sort of scripted comedy and the fact is, a pub is a good place for a sitcom to be.

“Anybody can go in and they often bring together people from very different backgrounds, just united by the fact they drink at that particular pub. But it’s also through a lack of basic imagination. It’s a real-life situation.

“I did have an idea to do something to do with teaching. I really am only ever making stuff that I’ve done. If you want to know what I’m doing next, just look at my history of employment, that’s where it’ll come from.

“I think there’s been a couple of really good school-based sitcoms recently… I’m still working on it.”

But the element of Ranganathan’s real life that he plunders most frequently, as fans will know, is his family. 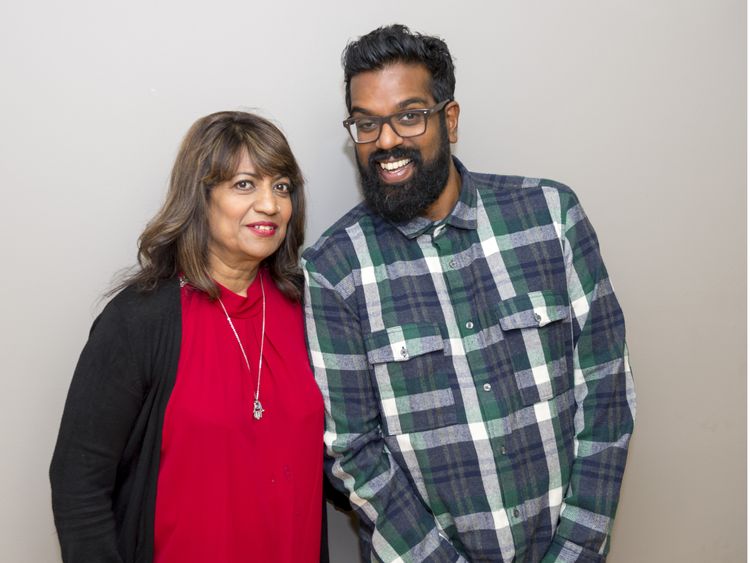 His mother, three kids, wife: none are spared. He has joked of his “regret” at having three children – “it’s too many… but what can you do, you can’t kill them” – and his second child, the “feral” one, bears the brunt.

Does he worry about how they’ll feel once they’re old enough to watch his shows?

“The truth is I do talk very honestly about parenting and my marriage,” says Ranganathan. “When I do stand-up about my kids, obviously I love my children but sometimes your kids just irritate you. You know, you don’t become a saint as soon as you have children.

“Things frustrate you but you’re supposed to be all loving and altruistic as a parent. I hope that how I am at home, my kids know we love them. Hopefully they won’t be too upset…. Also, I’ll say, ‘look at all this stuff – that doesn’t come from being nice about you’.”

“She’s either a very understanding wife, supportive of her comedian husband, or she’s completely switched off from our relationship. I don’t know.”

:: The Reluctant Landlord is on Sky One tonight at 10pm, and Now TV.