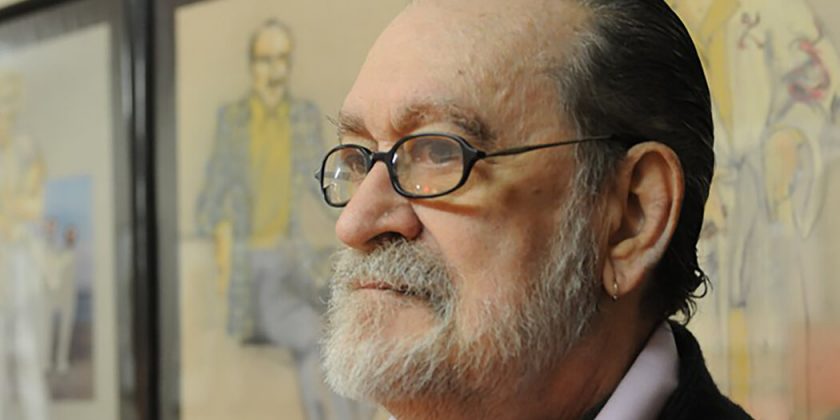 Robert DeMora, a witty costume designer and art director whose fantastical, mischievous creations embellished Bette Midler on stage and screen, as well as the casts of “Risky Business” and “Marathon Man” among other films, died on Sept. 21 at his home in Jeffersonville, N.Y., in upstate Sullivan County. He was 85.

The cause was heart failure, said Rick Miller, a technical producer and concert road manager who was a longtime friend and collaborator.

For more than four decades, Mr. DeMora amplified and often art directed Ms. Midler’s ever more elaborate stage extravaganzas with rigor, scholarship and a Dadaist’s sense of the absurd. That included the ruched pink sequin gown of her “Divine Miss M” days, as well as the sparkly spangled tail and sheathe of Delores DeLago, Ms. Midler’s bawdy, wheelchair-riding mermaid, and the many iterations of her backup singers, the Harlettes.

“She wears costumes that Busby Berkeley would have found excessive,” Roger Ebert once wrote about her 1980 concert film, “Divine Madness.” (He meant it in a good way.) 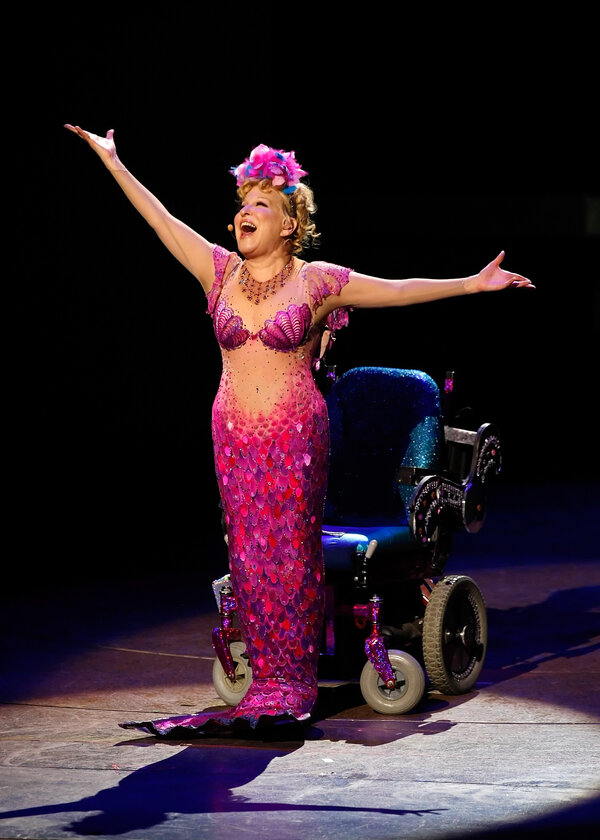 Mr. DeMora and Ms. Midler met in the early 1970s, when she was just starting out and “he was already part of a certain coterie of people all living in the Village and trying to have a big effect for very little money,” Ms. Midler said in a phone interview.

“The first thing he did that really knocked me out were these waitress costumes that opened up and became the American flag,” she said. “Every bead had a meaning and a history behind it. His eye was impeccable, and he was a genius at doing things on a shoestring.”

Ms. Midler described a volcano, part of the set of her 1999-2000 “Divine Miss Millennium” tour, that was made from stretch velvet and a RibbonLift, a sort of stage crane. Instead of fancy pyrotechnics, a production manager hid behind the volcano with a fire extinguisher that he sprayed to simulate the eruption. “It was great,” she said, “until one day it got away from him and sprayed everyone onstage.”

Mr. DeMora explained it this way to Entertainment Design magazine in 2000: “We don’t need effects; we have her. She is the effect!”

Mr. DeMora also worked with many other performers. For Joel Grey’s “Borscht Capades ’94: A Vaudeville Gone Mishuga,” a live music revue that honored his father, Mickey Katz, and his life as a vaudevillian, Mr. DeMora dressed Mr. Grey in an outlandish cowboy outfit — oversized chaps with fringes and a cowboy hat that threatened to swallow him.

For another bit, he turned Mr. Grey into a duck, hot-gluing feathers to a yellow shirt for a number called. “Geschray of the Vild Katschke” (in English, that would be “Call of the Wild Duck” — the song was a parody of Frankie Laine’s 1950 hit “The Cry of the Wild Goose”).

“He was outrageous and unafraid,” Mr. Grey said in an interview. “He had his own style and vivaciousness in putting together costumes. And a real sense of humor.”

The theater being what it is, Mr. DeMora’s work was not without its share of dramas. Ms. Midler recounted the prelude to a “Divine Madness” show that ended up on Broadway in 1979. One number was a homage to punk. Toni Basil, the early-’80s pop star (“Mickey”) who was a choreographer on the production, declared that Mr. DeMora’s costumes just weren’t punk enough.

“She considered herself in the vanguard of the punk scene, and she took a pair of scissors to the costumes, to punkify them,” Ms. Midler said. “Of course, Bob had a fit, and they didn’t speak for years.

“Oh, to see these two over-the-top professionals go at it hammer and tongs! I guess it was vandalism, but it was also hilarious.”

Robert Schuler DeMora Jr. was born on Oct. 22, 1934, in Lancaster, Pa. His father was a machinist; his mother, Winifred (Snyder) DeMora, was a homemaker.

Robert discovered theater at McCaskey High School, where he designed, directed and produced several student plays. He attended the Whitney School of Art in New Haven, Conn., and then the Cooper Union in Manhattan.

When Ms. Midler became involved in urban philanthropy, like the New York Restoration Project, which supports open spaces in underserved communities, and lesser-known projects like a theater for Washington Irving High School in Manhattan, Mr. DeMora was an unofficial project manager.

“He could take anything on a low budget and turn it into brilliance,” said Brian Fassett, a lighting designer who worked with Mr. DeMora at Washington Irving.

In addition to his work for Ms. Midler, Mr. DeMora designed costumes and sets for children’s and regional theater and ballet, and costumes for music videos and films including “Risky Business,” “Marathon Man” and “The Birdcage.”

In 1997, Mr. DeMora was nominated for two Emmys, for art direction and costume design, for “Diva Las Vegas,” a documentary about Ms. Midler’s tour of the same name.

Mr. DeMora is survived by a sister, Michelle Dorsey. Another sister, Audrey Caldwell, died in 2015. His partner, Marc Paul Henri, died in 1989.

Mr. DeMora, who for years worked out of a studio on Carmine Street in Greenwich Village, moved to a house in Sullivan County a while ago. He filled it with his “trash and treasures,” as he called his collections.

“The place was packed with books and prints and clippings,” Mr. Fassett said. “The garage was like a museum. There was the leather jacket from ‘Cruising,’ a sketch from ‘The Birdcage,’ the set of Ray-Bans from ‘Risky Business,’ and he’d pick something up, blow off the dust and tell you a story about it.”

In recent years, however, it became harder and hard to extract Mr. DeMora from his house, his friend Mr. Miller said. If you phoned or emailed to propose a trip to Manhattan, or even the grocery store, he would reply with his trademark rebuttal: “Dream on, Louise.”