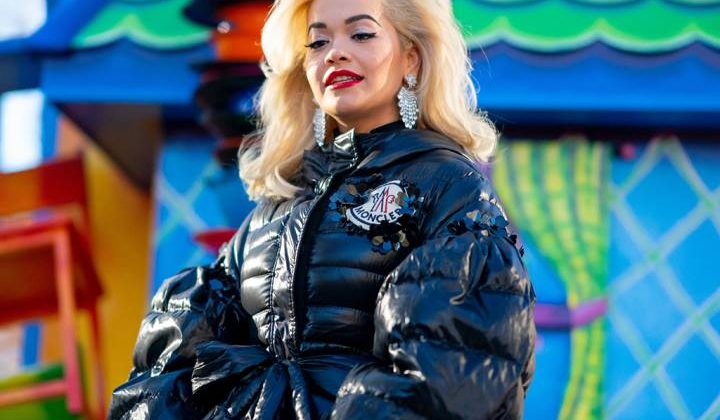 The annual Macy’s Thanksgiving Day Parade took place in New York on Thursday morning, featuring an ensemble of A-list celebrities and musicians. Among them was English pop singer Rita Ora.

Ora performed her latest single, Let You Love Me, but it quickly became apparent she was lip-synching when her mouth wasn’t moving along to the words. It appeared worse than it actually was, thanks to an audio delay in the broadcast.

An influx of criticism flooded her Twitter feed following the less-than-smooth performance, with many questioning her talent.

That’s when fellow performer and lip-syncher John Legend stepped in and backed her up, explaining that he lip-synched too, along with every other performer, due to the technological restrictions of a moving float.

A viewer called out both Ora and Legend on their lip-synching. “Why are people surprised?” he asked. “They all do it.”

Legend was quick to defend the performance and reveal that artists have no choice in the matter. “Fun fact. We all have to lip sync on this parade because the floats don’t have the capacity to handle the sound requirements for a live performance,” he said.

“Hope y’all enjoyed it anyway,” he added. “Know that if you come to my shows, the vocals are 100 per cent live!”

At the same time, apparently Macy’s held a grudge over something Legend’s social media icon wife, Chrissy Teigen, jokingly wrote towards them back in 2014.

“I cannot imagine being bored enough to watch a parade on television,” she wrote.

She wanted nothing to do with the parade and avoided watching it until the department store convinced her to support her husband.

They took a screenshot of her original tweet and embedded another which advertised Legend’s performance at the 2018 parade. “Throwback Thursday,” they added.

“Someone had to stay home and cook for out children and family,” she wrote to Legend in her signature sarcastic manner.

The internet swooned and Macy’s soon convinced her to actually watch the parade.

“Fine, fine, fine,” she wrote to Macy’s, adding that parades make her uncomfortable.

She did in fact make it through to Legend’s performance. She found it to be humourous more than anything.

His performance was fortunately unaffected by the audio delays.

“We apologize,” they added. “We want fans to know these issues were outside the artists’ control.”

Ora thanked the company for its honesty.