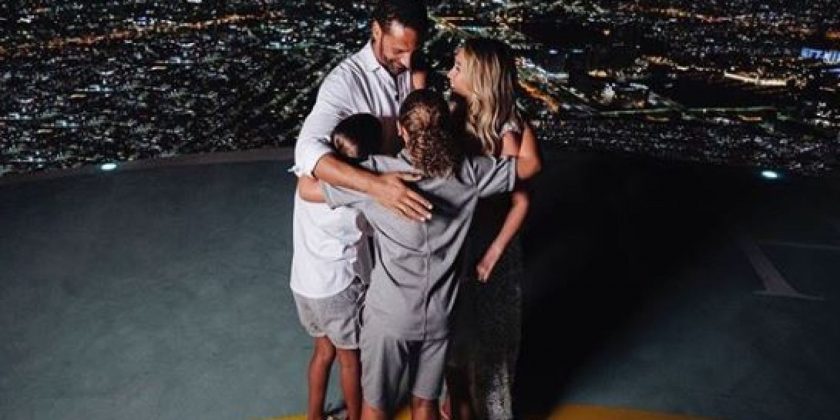 “She said yes,” was the caption next to the football star’s snaps, which also featured his children, followed by: “How these 3 kids kept it a secret I’ll never know.”

TOWIE star Wright also put the images on her Instagram account, saying: “The perfect end to our holiday … How could the answer not be yes.”

The photographs, which are tagged as taken at the St Regis in Abu Dhabi, look like they have been taken on the hotel’s rooftop helicopter pad.

Ferdinand, a former Manchester United and England footballer, started seeing reality TV star Wright in 2017, two years after the death of his first wife, Rebecca, who had breast cancer. She was just 34.

He spoke about his relationship with Wright for the first time on ITV’s This Morning in October 2017, saying he was “really happy”.

Both stars have received scores of messages of support from fans following the announcement earlier on Thursday, with the pictures receiving around 100,000 likes on Instagram within an hour of being posted.

One user wrote on Ferdinand’s post: “So happy for your family congrats Rio your mum will be proud.”