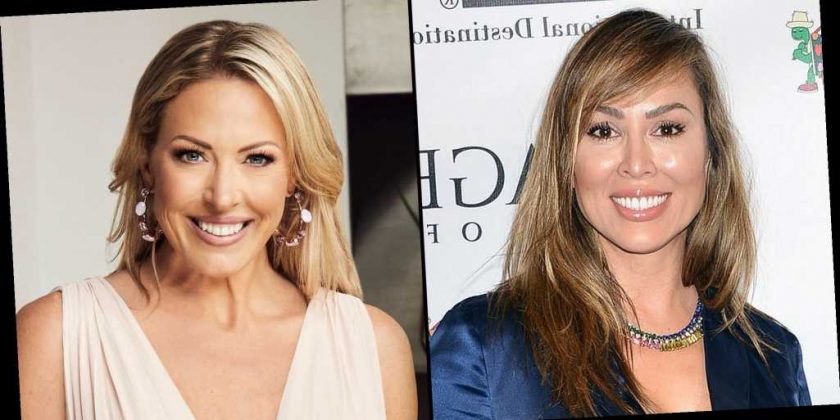 Consider Braunwyn Windham-Burke warned. Kelly Dodd slammed her Real Housewives of Orange County star via Instagram — and made it clear she won’t be holding back at the upcoming season 15 reunion taping.

Kelly, 45, accused Braunwyn, 42, of being a hypocrite for traveling without her children in recent weeks amid the coronavirus pandemic.

“I never abandoned my daughter during Covid. She was with her grandmother and father when I was stuck in NYC. Braunwyn on the other hand travelled to Puerto Rico, Aspen, Salt Lake City and elsewhere without her kids who spent and continue to spend time with nannies, not their mom,” Kelly wrote, according to a screenshot. “I have on child (teenager). She has 7 including 4 ages 2-6.”

Braunwyn is the mother of Bella, 20, Rowan, 18, Jacob, 15, 7-year-old twins Caden and Curren, Koa, 5, and Hazel, 2, whom she shares with her husband, Sean Burke. Amid speculation about the couple’s marriage, Braunwyn was spotted spending time with new cast members from The Real Housewives of Salt Lake City in Utah and Real Housewives of New York City alum Barbara Kavovit in The Hamptons.

Kelly, who shares 14-year-old daughter Jolie with ex-husband Michael Dodd, has also come under fire for her controversial comments about the COVID-19 crisis. She concluded, “There’s so much more I can’t wait to say at the reunion so stay tuned. Poor Braunwyn will be eaten alive.”

While Braunwyn has yet to publicly respond to Kelly’s diss, she has been open about going through personal changes in recent weeks. In addition to Sean temporally moving out of their OC home, she exclusively told Us Weekly that she was seeing someone “special” – who isn’t her husband of 20 years.

“There’s someone in my life right now that makes me happy and I smile just thinking about, but I kinda want to protect it right now,” Braunwyn told Us in October, noting she and Sean have no plans to divorce. “There are just some things that I have discovered about myself that I wanna explore a little more and he’s very supportive. He understands and, you know, I am living a very authentic life right now and I’ve never given myself permission to do that. … I’m 42 and there are just parts of me that … I pushed down and now I’m allowing myself to live authentically.”

Every Time Vicki and Tamra Threw Shade at the ‘RHOC’ Cast

“Thank you @seanwindhamburke for being by my side these past few crazy months,” the Bravo personality wrote on November 4 via Instagram. “We might be doing things our own way, but it’s working and it’s working well. So happy to have you back home.”

The Real Housewives of Orange County airs on Bravo Wednesdays at 9 p.m. ET.