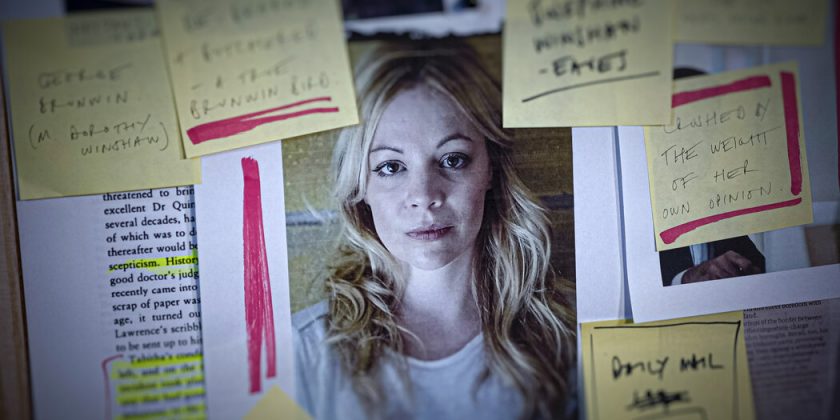 If you had asked me, sometime before this past March, to define theater, I might have hazarded something like this: an art form including at least one actor and at least one audience member, inhabiting the same place at the same time. Even back then I would probably have thought of a few counterexamples, the Theater of the Oppressed, say, or some conceptual stuff. But the basic parameters held.

Now I’m not so sure. And I’ve never felt more confused than while watching “What a Carve Up!” a mostly very enjoyable collaboration among three English companies, the Barn Theater, the Lawrence Batley Theater and the New Wolsey Theater. It is streaming through Nov. 29, and a deluxe ticket includes a program and recipe cards mailed to your home for a sumptuous Indian meal to accompany the show. Those outside Britain have to make do with PDFs and hope they happen to have some cassia bark and paneer cubes on hand. To call “What a Carve Up!” a play, with or without chicken curry, well, that’s merely a term of convenience.

The theaters have adapted this show from Jonathan Coe’s 1994 novel of the same name, a viciously funny — and often just plain vicious — indictment of English society in the Thatcher and Major years. A murder mystery in the blood-engorged vein of Agatha Christie’s “And Then There Were None,” Coe’s novel is also a triumph of postmodernism (yes, really), its cut-and-paste style seesaws among different perspectives and forms — newspaper articles, book excerpts, parody, pastiche, juvenilia. Imagine a game of Clue sledgehammered to bits and then reassembled with some extremely literary glue, and you’re nearly there. 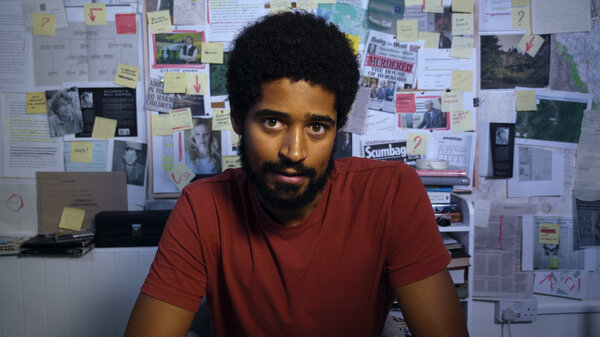 Ingeniously, the adapter Henry Filloux-Bennett and the director Tamara Harvey have given the piece a contemporary frame, drawing shrewd parallels between the excesses of the ’80s and the outrages of the present. In 1990, six members of the Winshaw family, lavishly immoral plutocrats who made the Murdochs look like the Waltons, were brutally murdered. Michael Owen (Samuel Barnett, in voice-over), a novelist tasked with writing a history of the Winshaws, stands accused. Michael dies just after.

Filloux-Bennett brings the novel into the present by creating two contemporary characters, Raymond Owen (Alfred Enoch), Michael’s son, and Josephine Winshaw-Eaves (Fiona Button), the family’s only surviving member. Both of them were babies at the time of the murders, they are now about 30. Raymond, obsessed with the case, is assembling an amateur documentary reinvestigating the crime. He intercuts his own filmed narration with various archival clips — voiced by the likes of Stephen Fry, Sharon D. Clarke, Celia Imrie and Derek Jacobi — and scenes from a TV interview between Josephine and a skeptical journalist (Tamzin Outhwaite) on the subject of her family’s legacy, a neat visual translation of the book’s intertextuality.

Like the novel, the show has a jigsaw-puzzle structure, asking you to rearrange the pieces until the picture comes into view. The form is intricate, the performances canny, and if it’s fleeter and less brutal than the novel, it still pokes its fingers into the same social wounds, inflicted by the same political party. Raymond (in Enoch’s approachable and moving performance) makes this explicit late in the piece. “Our hospitals are still crumbling, our bodies are still being poisoned, our spirits crushed,” he says.

But even as I enjoyed the smarts and style of “What a Carve Up!” I couldn’t understand it as theater. It doesn’t suffer from what afflicts a lot of streamed productions, the despairing feeling that this thing wants to be a play and can’t. In a conversation included in the show’s program, Harvey mentions the conundrum of trying to “tell this story in a way that isn’t theater, isn’t telly and isn’t radio — that is entirely its own thing.”

Maybe “What a Carve Up!” is entirely its own thing. But that thing isn’t theater. It’s more like a true-crime podcast (think “Serial” or “My Favorite Murder”) made fictional and visual through a series of tricky, starry YouTube videos with impressive literary pedigree. Each element has been meticulously prerecorded and edited, so while almost everything about it is very good, nothing about it is live.

I have no quarrel with anything theaters do to survive and contribute and entertain during this time, especially now that Britain has entered a new lockdown. And I don’t believe that the pandemic sounds some knell for traditional drama. (That is however, Josephine’s contention: “We’ve got Netflix, babes. We don’t need you anymore.”) Yet here’s the real mystery at the heart of “What a Carve Up!”: not so much whodunit but why theaters in particular would do it at all.

What a Carve Up!
Through Nov. 29; whatacarveup.com.