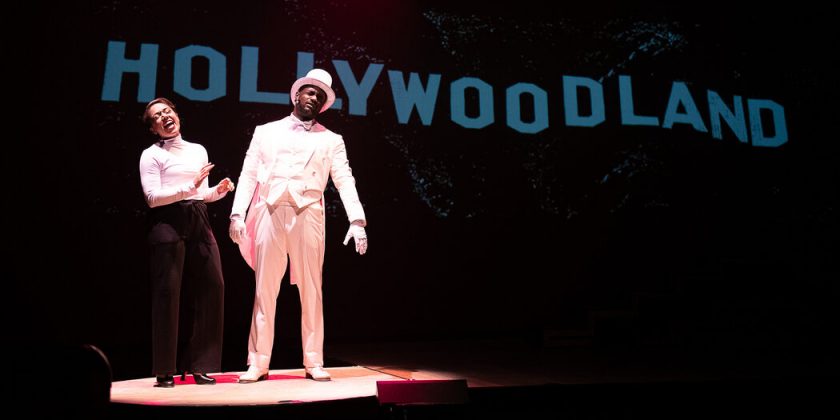 Every year, National Tap Dance Day is celebrated on or around May 25 — the birthday of Bill Robinson, the most prominent Black tap dancer of the first half of the 20th century. Seldom, though, do Tap Day events honor Robinson himself.

Since 2018, three of the contemporary scene’s most prominent tap dancers — Derick K. Grant, Jason Samuels Smith and Dormeshia — have been celebrating Tap Day in Harlem with a festival they call Tap Family Reunion, a few days of classes and a show they collectively choreograph and direct. This year, it’s all virtual, and the show, presented for the first time by the Joyce Theater, is streaming on demand on the theater’s website through June 3.

This one is about Robinson. It’s called “The Mayor of Harlem,” after the honorary title that Robinson earned as an informal philanthropist in his neighborhood: appearing at countless benefit performances, covering back rent and bail. It tells his rags-to-riches story.

Or, really, it tells a rags-to-riches story that could almost be anyone’s. Maurice Chestnut, as Robinson, adds some routine narration to danced scenes of the train ride to the city, the big break, the Hollywood years. The familiar structure is essentially scaffolding for a series of period-style dance numbers.

Fortunately, Chestnut is an excellent dancer. Unlike Robinson, though, he’s not much of an entertainer, and his letter-but-not-the-spirit version of Robinson’s signature staircase dance, performed on a squashed version of the staircase, has itself a squashed quality. In place of Robinson’s starched erectness and ease, Chestnut is coiled like a boxer. Later, when he drops the imitation and lowers his heels into his own more free-flowing style, it’s a release and a relief — a high point of the show.

But Chestnut doesn’t have to carry “Mayor of Harlem” alone. Along with an able jazz quartet led by the trumpeter Ryan Stanbury, the show features a six-member ensemble that actually handles most of the dancing — a tap chorus significantly more skilled and sophisticated, technically and rhythmically, than usually found on Broadway stages, when Broadway was open. 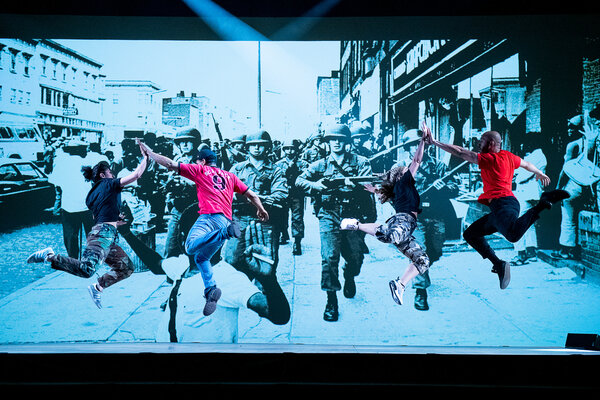 With its skilled hoofers and rote dramaturgy, “Mayor of Harlem” is nice but not so interesting, except in two respects. The first is its attitude toward Robinson. In the 1996 Broadway musical “Bring in ‘da Noise, Bring in ‘da Funk” — the seminal production in the youth of the directors of “Tap Family Reunion,” a show in which they performed and which taught them tap history — Robinson was portrayed as a race traitor and sellout, a figure named Uncle Huck-a-Buck.

The program for “The Mayor of Harlem” calls him “a man who made the best of circumstances.” His Hollywood years with Shirley Temple are presented blankly, without comment, but then, out of nowhere, the ensemble dances angrily in front of a stock slide show of Black protest and they and Chestnut raise Black Power fists as a voice-over tells us that Robinson was “one of the greatest champions of justice and equality this country has ever seen.”

There are missed opportunities here, since Robinson’s biography contains relevant evidence — like the time he was stopping a mugging and was shot by a white policeman. A more serious treatment of Robinson would consider his complexity and the conflicted views of him — how, for example, many of those benefit performances were for police charities.

This isn’t that kind of show, but it is important in another way. Tap chorus dancing is a neglected tradition, and “The Mayor of Harlem” is really about the ensemble, as all Tap Family Reunion productions have been. The focus on the chorus can have the somewhat deadening effect of treating background as foreground. This show is most exciting when a member of the chorus breaks out, as when Amanda Castro impressively incarnates Jeni LeGon in the Robinson-LeGon number from the 1936 film “Hooray for Love.” It could be the birth of a star.

But an art form isn’t only its stars. As much as I might miss the appearance of Grant, Smith and Dormeshia in front of the curtain — canceling out a production’s weaknesses with their brilliance, as Robinson did — they caught the importance of their behind-the-scenes work in the title of their first Tap Family Reunion show, “Raising the Bar.”

The Mayor of Harlem