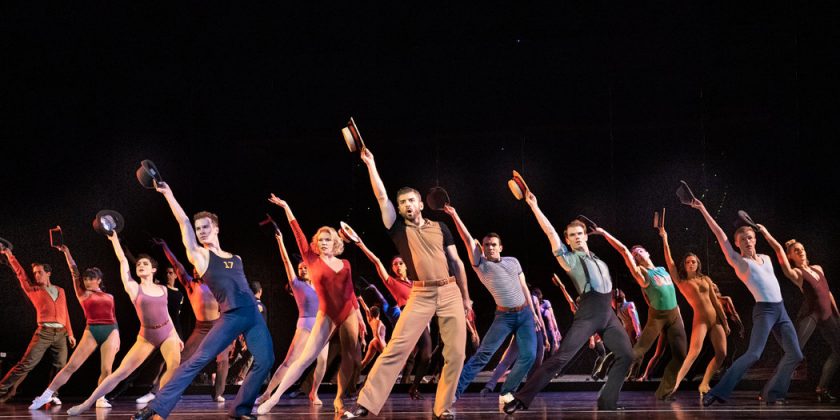 When “A Chorus Line” opened on Broadway in 1975 — having step-ball-changed its way uptown from the New York Shakespeare Festival — it was the livingest thing in a dead zone. Over its 15-year run, its youthful vigor helped resuscitate the moribund theater district, and musical theater in general.

Now “A Chorus Line” is 43, well past the age at which the anonymous ensemble dancers it honors would have retired, their bodies or bank accounts unable to hack it anymore. Still, if the show’s 11 o’clock anthem is correct, they are looking back on what they did for love — all those years spent on the line — without regret.

No regrets here, either. I’m always excited to see “A Chorus Line.” (Well, maybe not the movie.) In any reasonably faithful production, like the one that opened on Wednesday night as part of City Center’s 75th anniversary gala, what’s thrilling about the show invariably remains so. But I wonder if the rest is beginning to get creaky.

And make no mistake, this “Chorus Line,” which runs through Sunday evening, is religiously faithful. Like the 2006 Broadway revival, which Ben Brantley called an “anatomically correct reproduction” in his Times review, this one is directed by Bob Avian and choreographed by Baayork Lee to simulate the original. (Mr. Avian choreographed that production with Michael Bennett; Ms. Lee played Connie in it.) The now classic designs (sets by Robin Wagner, costumes by Theoni V. Aldredge, lighting by Tharon Musser) appear to have been retrieved from storage; you can almost smell the naphthalene wafting from the ultra-’70s woolens. 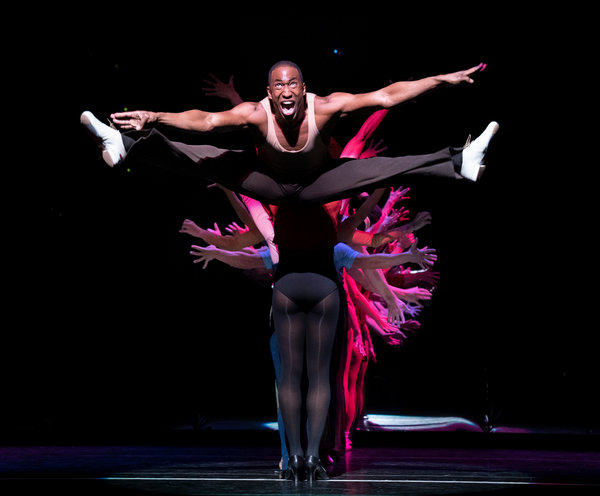 The advantages of this fidelity go beyond historical interest. It’s an immense pleasure but also a profound education to see how Bennett and Mr. Avian — working with the composer Marvin Hamlisch, the lyricist Edward Kleban and the book writers James Kirkwood and Nicholas Dante — put the puzzle together.

Has one number ever so efficiently established, as “I Hope I Get It” does, what a show is about, setting up its theme (the desperate need to perform), suggesting its conflicts, introducing its many characters and establishing its style?

The perfectly organic sequence — you can’t tell where the collaborators’ individual contributions begin and end — demonstrates everything that’s best about “A Chorus Line.” It’s not the steps themselves; it’s the architecture. Assembling bodies into masses of light and dark, wiping the stage picture, irising in on an individual or panning the entire ensemble, Bennett creates a rhythm of revelation more akin to film than theater.

At the same time, his visual minimalism, his use of blackness to set off its opposite, allows for effects that are distinctly theatrical, as when the dancers periodically return to their original positions to recreate the line, or when the line becomes a gaptoothed smile after someone gets injured.

[What’s new onstage and off: Sign up for our Theater Update newsletter]

In these large-scale elements, “A Chorus Line” remains unimpeachable, even in a production that is necessarily a bit shaggy. (The City Center cast had only three weeks of rehearsal.) But just as the individual steps have always felt less important than the big picture, the individual stories of the dancers are beginning to feel less important than their group characteristics.

That’s an irony, of course, for a musical whose foundational purpose was to reward the contributions and sacrifices of ensemble dancers by making them the stars. Those dancers, after all, are auditioning for a show whose actual star we never meet. As Zach, the director-choreographer pulls them one by one from the line to learn more about them, we are meant to engage in the specifics of their stories. How did they start dancing? Who got in their way? Why did they keep going?

But these stories are sounding a little trite in 2018. Even when sharply performed — I especially enjoyed Jay Armstrong Johnson’s catty Bobby, Melanie Moore’s oddball Judy and Anthony Wayne’s overenthusiastic Richie — their tales of woe are both long-winded and unsurprising. The underlying commonalities among them (everyone’s sensitivity was mercilessly trampled in youth) are no less repetitive for being believable and touching.

Even when treated more lightly, as in “Sing!” and “Dance: Ten; Looks: Three,” the punch lines seem pro forma, as if Bennett and his collaborators were looking to fill out a program with the requisite number of comedy bits. Only the first such number — “I Can Do That,” performed with immense charm here by Tommy Bracco as Mike — seems to hold its own.

In compensation for the attention splitting that the original concept necessitated, “A Chorus Line” gradually reveals its focus on a central dancer, Cassie. Having made it off the line into featured roles, Cassie found her further rise blocked by a case of self-diagnosed bad acting. Now she wants to return to the ensemble, a fate that Zach — her former lover, it turns out — resists on her behalf as if it were death.

It’s here, in the story of the relationship between Zach (Tony Yazbeck) and Cassie (Robyn Hurder), that “A Chorus Line” most shows its age and its underlying confusions. It’s not just that the dialogue now sounds like soap opera psychobabble. But Zach’s argument — not helped by his spending most of the show as a disembodied voice booming orders over the so-called “god mic” — seems to undermine the idea that the rest of the show is promoting: That the true stars are the non-stars.

“A Chorus Line” has never really been able to solve the Zach problem, perhaps because he is so clearly based on Bennett himself. It helps that Mr. Yazbeck, even playing a brute, has tremendous stage warmth. But the only time this story really makes sense is when Cassie dances it — not so much in her big solo, “The Music and the Mirror,” as in her audition sequences. Her desperation to stop being exceptional so she can get the job (watch Ms. Hurder struggle to tone down her extensions) is heartbreaking.

That’s the “Chorus Line” compromise. It will never say in words what it demonstrates so eloquently in movement. Even in the best productions, and this one’s good enough, it will always be a Cassie.

When you purchase a ticket for an independently reviewed play or musical through our site, we earn an affiliate commission.