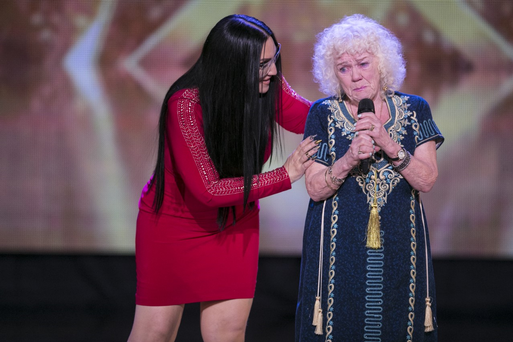 YouTube has revealed the most-watched videos in Ireland this year and it seems we’re suckers for amateur Irish musicians as four feature in the top 10.

In fact music of all kinds dominated with the most watched video of the year in Ireland was actually the viral video of Mason Ramsay, the 12-year-old boy performing an a cappella version of Hank Williams’ Lovesick Blues for customers at Walmart.

Within a month Ramsay had appeared on talk shows across the US and signed a record deal with Atlantic Records and released his first single.

The second most-watched video on YouTube was Kylie Jenner and Travis Scott’s video introducing their daughter Stormi to the world.  Jenner had kept her pregnancy secret so the video ‘To Our Daughter’ was a treat for fans.

Claiming third spot is Dublin busker Allie Sherlock who, at 12 years of age, showcased her incredible talent on The Ellen Show.  The Cork musician was spotted by Ellen performing in a video and invited on the show.

Fr Ray Kelly and his moving rendition of REM’s Everybody Hurts on Britain’s Got Talent was the fourth most watched video in the country this year.  The 64-year-old parish priest from Oldcastle, Co Meath, blew the audience, and judges, including Simon Cowell, away.

The incredibly annoying Yanny vs Laurel debate (do you hear yanny or do you hear laurel?), which was 2018’s version of The Dress, came in fifth. It was solved using science by the AsapScience YouTube channel (the answer is laurel).  Here it is again:

The break-up announcement video of vlogger David Dobrik and actress Liza Koshy was the sixth most watched in Ireland this year so they either have an impressive Irish fanbase or we can all simply relate.

Ariana Grande’s Carpool Karaoke with James Corden was a tonic this year and Irish fans went crazy for it.

Unsurprisingly, the footage of Ryan O’Shaughnessy’s performance of Together, at the first Eurovision semi-final, is at number eight.  It was the first time we saw the performance teamed with the impressive staging and backing dancers.

One sports-related video made it into the top ten and it’s no surprise it’s the footage of Johnny Sexton’s incredible 45m drop goal to secure the rugby Grand Slam for Ireland.

And finally, who could forget the wonderful Evelyn Williams from Tallaght who, at 81 years of age, stunned the judges on Ireland’s Got Talent with her version of Send in the Clowns.