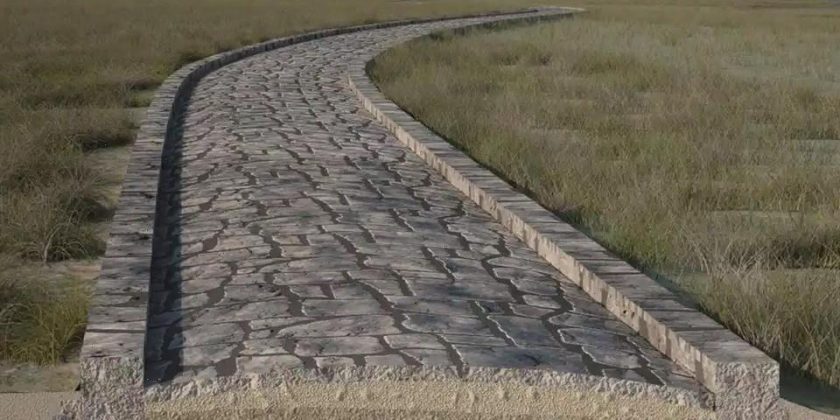 The charming buildings and canals of Venice have wooed visitors for centuries, but news just broke of an equally fascinating discovery below the surface. Published in Scientific Reports, researchers have uncovered an ancient Roman road at the bottom of the Venice Lagoon, opening the door to discussions of the Roman transport system, how it was used and the settlements that once inhabited the area.

Using highly sophisticated sonar data, researchers such as geophysicist Fantina Madricardo, noticed structures in the Treporti Channel that appeared to have been human made. She began to investigate and found that in the 1980s, scuba divers noticed similar “paving stones,” implicating a long-lost piece of the city’s storied history. Of the 12 structures that Madricardo and her associates at Venice’ Institute of Marine Science (ISMAR) found, some of these sunken findings were close to 9 feet tall and 173 feet long.

As noted in her report, the submerged settlements not only indicate “the Roman ability to adapt and to handle complex dynamic environments that were often radically different from today,” but they also invite discussion into the people who settled in the area centuries before the Romans did. As the tides continue to rise and threaten the preservation of one of the world’s most cherished cities, researchers continue to piece together a story of the past.