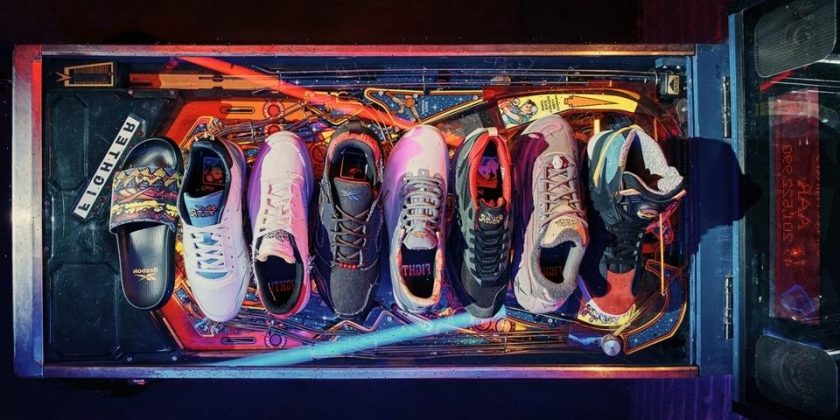 The range of silhouettes includes the Nano X2, Club C 85, Classic Leather, LX2200, Furylite 95, Instapump Fury 95, Zig Kinetica 2.5, Shaq Attaq and lastly, the Classic Slide in two colorways. Beginning with the Nano X2, Street Fighter’s training mode is brought to life with its grid motif on the upper and midsole. As for the Club C 85, the ever-popular character Ryu outfits the sneaker with nods to his iconic gloves and headband. Next, Chun Li takes on the Classic Leather with her iconic outfit serving as inspiration. Cammy also joins the fight with her military green and black on the LX2200. Pivoting to the Furylite 95, Akuma’s battle-tested outfit covers the silhouette. With the Instapump Fury 95, references to Zangief pop up throughout as details such as its custom molded tongue pay tribute to the character. Moving on to the Zig Kinetica 2.5, Dhalsim and his classic accessories are noted with design elements including the sneaker’s skull dubrae. Completing the sneaker range, the Shaq Attaq represents the Champion Edition of Street Fighter. Two colorways of the Classic Slide have also been prepared, carrying a range of fight-inspired graphics.

Reebok’s Street Fighter collection is scheduled to release December 15 via Reebok and select retailers. Footwear pricing begins at $45 USD for the Classic Slide and goes up to $200 USD for the Instapump Fury 95 and Shaq Attaq.

Take a complete look at the campaign above and for more footwear news, Reebok has expanded on its “Human Rights Now!” collection with a new entry of eight sneakers and a full range of apparel.
Source: Read Full Article