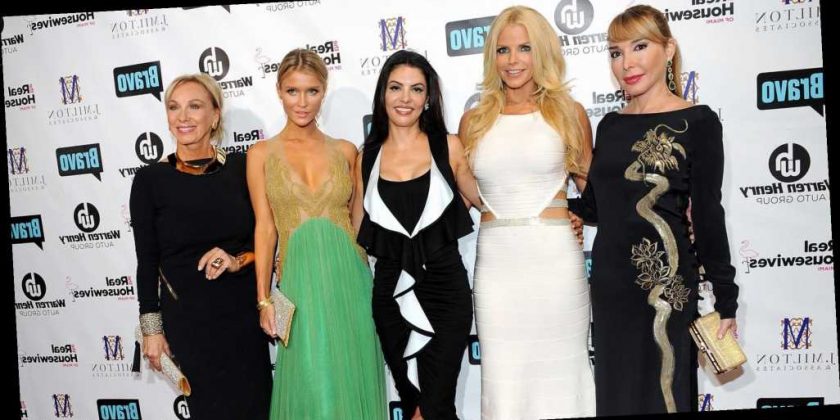 Not all Real Housewives franchises are made to last. After launching shows in Orange County, New York City, Atlanta, New Jersey, Washington, D.C. and Beverly Hills, Bravo created the Real Housewives of Miami.

“I knew the first question [during a Q&A in Miami] was going to be when is The Real Housewives of Miami coming back, and I said, ‘Never say never,’” the Watch What Happens Live With Andy Cohen host wrote in his 2016 book, Superficial: More Adventures from the Andy Cohen Diaries. “But I could see from the women’s faces that they didn’t believe me and then I kind of didn’t believe me, but I was getting nostalgic for them.”

After Cohen’s book was released, Lea reflected on the show in a YouTube video.

“It wasn’t the ratings because the ratings were equal to many of the other shows on the air at the time so I don’t think it was the ratings. The scheduling might have had something to do with it because they [Bravo] changed every week, it was on a different night or different times so that was a little confusing,” she said in December 2016. “For me, it was just a blip on my radar, it was four years, 30 episodes, three seasons out of my life. I met some interesting people, some of it was a bit of fun and I learned some hard lessons you know things you not only experienced in life, like people willing to do anything for attention.”

Listen! ‘RHOP’ star Wendy Osefo breaks down the “most intense fight in the show’s history” in under 2 minutes.

Three years later, Lisa made headlines when she told Page Six that she was “super close” to Alexia, Marysol and Adriana.

“Who wouldn’t be interesting a reboot?” she quipped in June 2019.

While Bravo has yet to express interest in bringing back RHOM, the network aired a season 3 marathon in April 2020 to encourage fans to stay home amid the coronavirus pandemic.

Scroll through for an update on the former ‘wives: