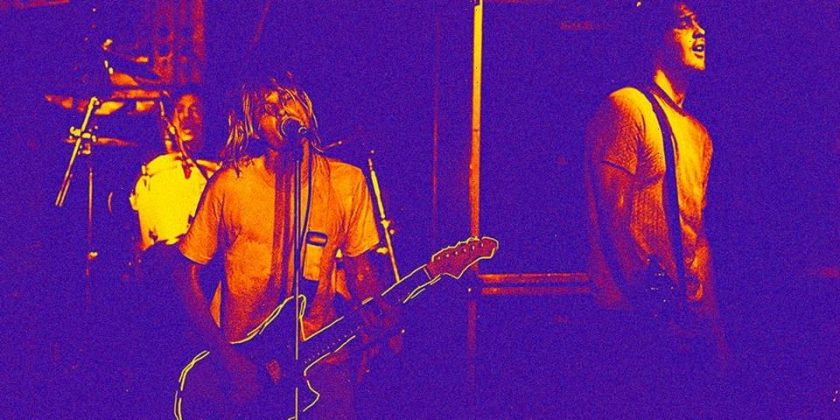 A series of rare live photos from Nirvana‘s early days will be sold as NFTs via Pop Legendz.

The 27 never-before-seen images were shot by photographer Faith West during the band’s intimate performance at J.C. Dobbs in Philadelphia, Pennsylvania on October 1, 1991 — just six days after Nirvana released Nevermind. A few weeks after the show, the band was catapulted into the spotlight to become one of music’s most influential groups in history. “At the club that night, the air was thick with anticipation,” West recalled. “There was a buzz of excitement that said something awesome was about to transpire. Also, there was a sense of joy emanating from Cobain in his raucous guitar licks and the transcendent longing of his vocals…I can still hear the echo of the fuzzy guitar, and feel the energy in the room, when I recall it now, three decades later.”

The NFT collection will be include four unique one-of-a-kind NFTs made from 10 never-before-seen images, which will be sold auction-style with a starting bid of 67 Ethereum (currently valued at USD $200,000) for the GIF artworks. In addition, buyers will received a framed 16” x 24” fine-art print of one image signed by the West. These 10 never-before-seen images will also be auctioned off individually as NFT and will be offered in black-and-white and in acid-washed color versions with prices that start at 1 ETH, or about USD $3,000.

The “Nirvana Fan Club” will also provide limited-edition NFTs; 100 lucky Nirvana fans will have the chance to acquire 15 GIF artworks as NFTs for USD $499 each, along with 100 copies of each of the 17 still images priced at $99 USD in black and white and acid-washed hues.

Elsewhere in music, Kendrick Lamar will explore the making of To Pimp a Butterfly for the new season of The Big Hit Show podcast.
Source: Read Full Article