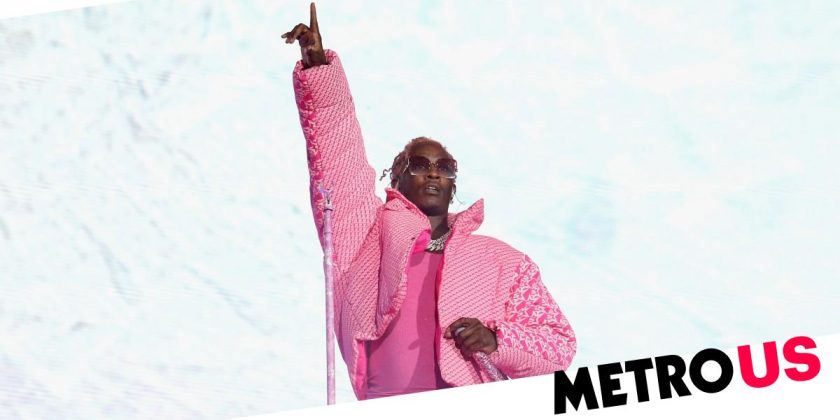 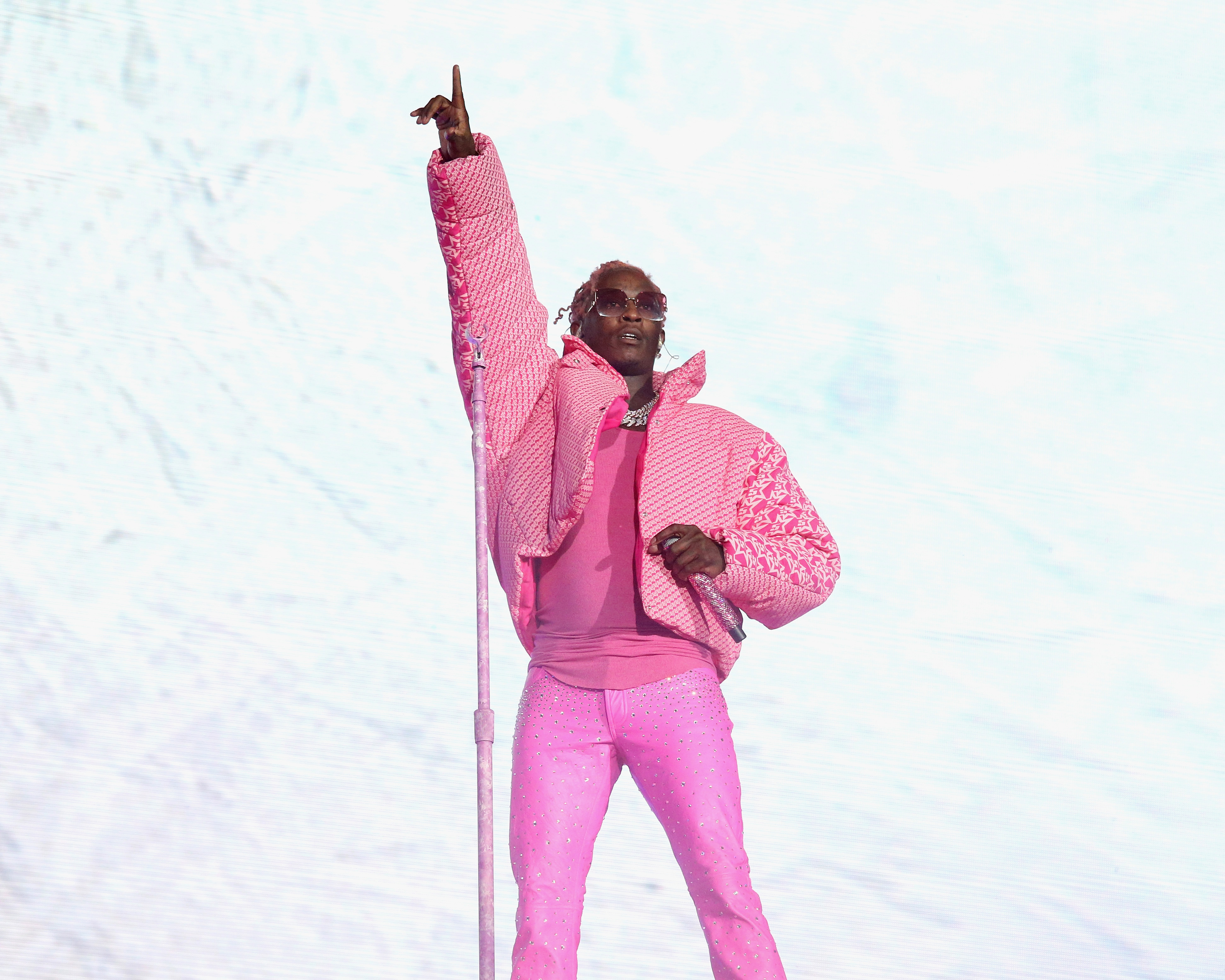 Young Thug and a co-defendant in his ongoing trial have been accused of carrying out a drug transaction in the courtroom.

The rapper, real name Jeffery Williams, and Kahlieff Adams have been charged with conspiracy to violate Georgia’s Racketeer Influence and Corrupt Organizations (RICO) Act, and participation in gang activity, among other charges.

They were both present in the courtroom on Wednesday when footage from the surveillance video appeared to show Adams approaching the 31-year-old and handing him something.

Prosecutors have filed a motion in Atlanta over the incident, with CNN reporting that it claimed Williams tried to conceal his hand under the table, before Sheriff deputies walked over and took the Percocet from his possession.

Adams was also searched and taken to Grady Memorial Hospital after it was alleged that he ‘appeared to ingest other items of contraband that he held on his person, in an effort to conceal the extent of his crimes within the courtroom,’ the paperwork reportedly reads.

According to CNN, deputies found Percocet, marijuana, tobacco, and other contraband, ‘wrapped in plastic and food seasonings to mask the odor of the marijuana,’ during the search.

Williams’ attorney, Keith Adams, spoke out over the allegations, insisting his client had ‘nothing to do’ with the events that unfolded in court.

‘His side is the truth,’ he told WSB-TV. ‘The reality is Mr Williams had nothing to do with what went on in the courtroom on yesterday.’

He also alleged that the Grammy-winner was unaware that he was being handed Percocet at the time.

Teombre Calland, an attorney representing Adams, added in a statement to the publication: ‘On behalf of Mr Adams, these allegations are simply that: Mere statements made by the state in an effort to thwart the lengthiness of the jury selection process.’

Williams was arrested last May as part of a sweeping grand jury indictment, and charged with conspiracy to violate the RICO Act, as well as gang-related allegations.

He was taken into Fulton County Jail at the time, with the charges filed dating back to 2013, while the gang charge is from 2018.

‘Mr Williams has committed no violation of law, whatsoever. We will fight this case ethically, legally and zealously,’ his lawyer told USA Today in a statement shortly after news of his arrest broke.

‘Mr Williams will be cleared.’

Metro.co.uk has contacted Young Thug’s reps for a comment.