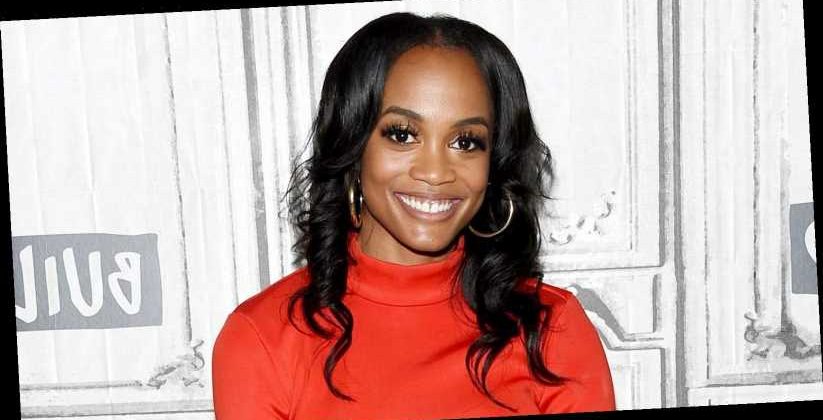 Baby steps. Rachel Lindsay doesn’t think it’s the right time for The Bachelorette to jump into production as the franchise continues to face backlash.

“I think that they should just stop until … they get the train back on the tracks,” the attorney, 35, said on the Tuesday, March 2, episode of her “Higher Learning” podcast. “You’re gonna go into another season but you still have all these issues. How have you fixed them coming into a new season? You really haven’t.”

Lindsay, who was The Bachelorette‘s first Black lead in 2017, said that the producers should “take a beat” before they go back to conducting business as usual. “Figure things out, regroup and then bring the product back to us [in] a way that we can all enjoy it the way that we used to.”

The ABC reality series has been swept up in a handful of controversies as Matt James‘ season 25 of The Bachelor continues. Contestant Rachael Kirkconnell, a frontrunner for the 29-year-old North Carolina native’s final rose, came under fire in February when fans resurfaced her racially insensitive social media activity. The 24-year-old has since apologized for her mistakes and has asked audience members not to defend her against the criticism she’s received.

Chris Harrison added more fuel to the fire during an interview with Lindsay on Extra, telling viewers to have more “compassion” for Kirkconnell instead of “just tearing this girl’s life apart.” The comments were met with a wave of criticism, leading Harrison, 49, to briefly step away from his role as host. Amid uproar from loyal Bachelor Nation fans, Lindsay clarified that Harrison’s exit was not her end goal — but she thought it was “the right decision” to walk away for now.

“Like he said, he needs to take time to get educated and on a profound and productive level, to use his words,” the reality TV alum said on Extra on February 15. “And I think he needs to understand what was done, what was wrong and what he said in that interview, and he needs time. He’s stepped away to do that. As a franchise, though, where do you go from here?”

The “Bachelor Happy Hour” podcast host is no stranger to speaking out about where the ABC dating series can improve. However, her recent comments resulted in a wave of serious online harassment that forced her to quit Instagram.

“It was the best decision that I could do for myself to detach from that negativity,” she explained on “Higher Learning” on Tuesday. “I needed that. I feel so much better. I’m not 100 percent, but I feel lighter. … People are attacking me because they think that I’m trying to cancel someone so they’re on a mission to cancel me. I’m getting threatened. … Where does it end? Where does it stop?”