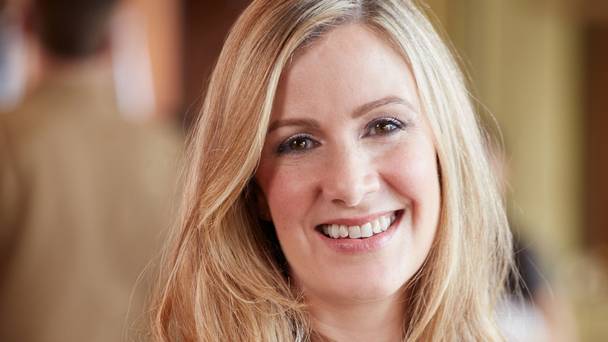 The husband of BBC presenter Rachael Bland has revealed the heartbreaking words their three-year-old son told him in the days after her death.

Bland, 40, was a broadcaster on BBC Radio 5 Live and died in September after being diagnosed with breast cancer.

Steve Bland has now spoken for the first time since her death, appearing on the podcast You, Me And The Big C, which was created and presented by his wife.

He revealed he broke down in tears after Bland passed away and their son Freddie told him: “Daddy, don’t worry, it’s just us two now. It’ll be OK.” Speaking to podcast hosts Lauren Mahon and Deborah James, Mr Bland said: “There have been occasions where I’ve lost my temper with him and I know I wouldn’t have done in normal circumstances.

“I shouted at him because he was being a right pain, (I was) trying to get him dressed. I started crying because it really upset me that I’d shouted at him.

In the podcast, the first since Bland’s death and released on Wednesday, Mr Bland admitted neither he or is wife “understood just how tough those last few days were going to be”.

He said if they had realised the difficulty, Bland may have opted to go to a hospice rather than staying at home.

He said: “I might be wrong but I just feel that if Rachael had known how hard it was going to be, she might have wanted to go into a hospice or something else.

“I just don’t know that either of us understood just how tough those last days were going to be – how demanding on her it was, only having me looking after her, and how demanding it was on me.”

Mr Bland said the “media storm” around his wife’s death was “very difficult” while also “comforting”, adding the Bland who appeared on television was not the same person “who sat next to me on the sofa watching crappy TV”.

Asked how he is coping since his wife died, Mr Bland said: “I’m OK. Good days and bad days, as you can imagine. Plenty of challenges. You don’t really know how you’re going to be when something like this happens.”

Speaking about Freddie, Mr Bland added: “He’s brilliant – he’s a bit young really to understand even on a very base level what’s happened. But he’s just full of energy, full of joy, full of life, keeping us busy – he’s fantastic. You can’t look at him without seeing Rachael either so it’s a little bit of her all the time just next to me.”