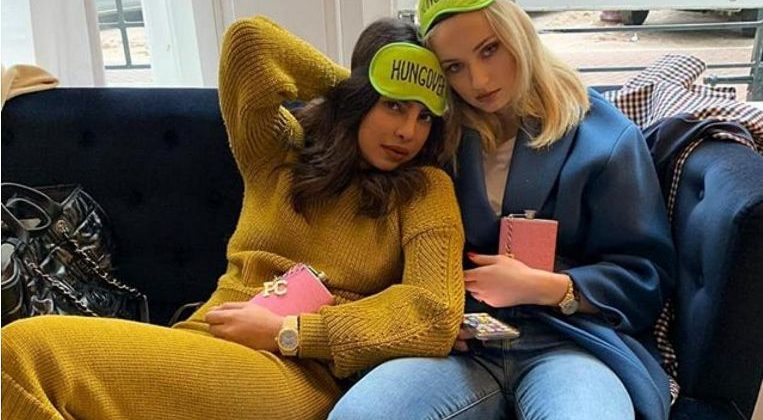 AMSTERDAM • You have heard of the singing Jonas Brothers.

That is the identity actresses Priyanka Chopra and Sophie Turner are now signing off as in Instagram posts as the two fiancees of two of the three brothers – Nick and Joe respectively – live it up in Amsterdam.

The Dutch city is where Bollywood superstar Chopra, 36, is having her bachelorette party before she marries Nick, 26, in India, with the date reported to be Dec 2.

In one Instagram story posted on Sunday, Chopra, in high-heel boots, was seen carrying Turner, 22, on her back.

“In heels! This is what you have to do for sisters-in-law these days,” Priyanka said in jest to the camera.

Along with other friends, the two have also gone for canal cruises and meals at posh restaurants in Amsterdam, reported the Hindustan Times.

If you are wondering if Turner tagged along at Nick’s behest to ensure that festivities did not get out of hand, that is probably not the reason. She and Chopra had often gone on double dates with Nick and Joe.

But the brothers’ mother did post comments after a photo emerged of Chopra’s high-spirited bridal shower in New York last week.

She urged the actress to “be good” at her bachelorette party, but softened the call with a red heart emoji.