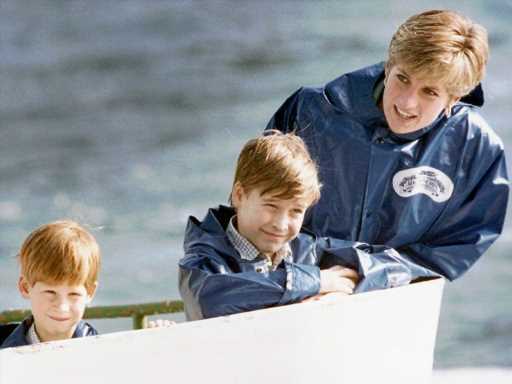 With every new story about Princess Diana’s unbreakable bond with her sons, Prince William and Prince Harry, our hearts break just a little more. The late Princess of Wales and her two boys were so close during Princess Diana’s life, and each anecdote biographers and the princes share clue us in even more to her life in the British royal family. But a new story about Prince William wanting to be a policeman when he grew up in order to protect his mother really pulled our heartstrings.

Revelations about Prince William and Prince Harry growing up were brought to light in People‘s recent reporting on the current state of the brother’s relationship. To offer a perspective on what the boys were like growing up, royal biographer and Diana: Her True Story author Andrew Morton recalled one story about Prince William that wholly speaks to how close the future monarch was with his mother. “They worked it out while they were schoolboys,” Morton told People, referencing how the brothers new their respective roles in the royal family — including William’s destiny to be king — from a very young age.

“William famously said, ‘When I grow up, I want to be a policeman and look after Mummy.’ And Harry, with a note of triumph in his voice, said, ‘No, you’ve got to be King.’ It symbolized the difference between them,” Morton mused. This instance didn’t only speak to the young boys’ comprehension of their fates in the monarchy, but also William’s desire to keep his mother safe.

It’s no secret Diana was constantly scrutinized from the time she entered the royal family fold. Growing up and seeing their mother struggle with prying cameras and more left an incredible impact on Prince Harry and Prince William’s lives, one that still resonates to this day. In her absence, William and Harry have done so much work to preserve their mother’s indelible influence on the world, protecting her memory years after her passing.

Diana: Her True Story — In Her Own Words by Andrew Morton

There was a time when we thought we knew the British royal family. Then, in 1992, Princess Diana laid bare her experience as one of the House of Windsor’s most famous members. Diana: Her True Story — In Her Own Words by Andrew Morton chronicles the beloved Princess of Wales’ marriage to Prince Charles, her relationship with Queen Elizabeth II, and so much more. It’s a completely unfiltered perspective that still resonates to this day. For any longtime royal fan, this is a must-have addition to their bookshelf.

'Diana: Her True Story — In Her Own Words' by Andrew Morton