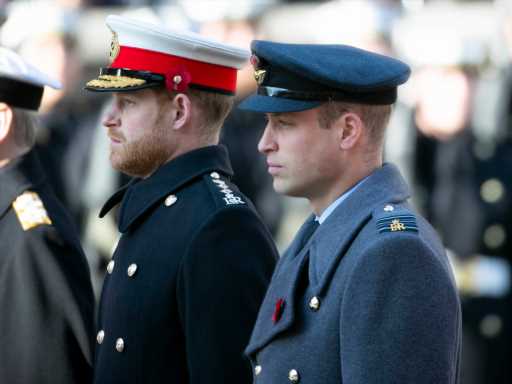 The reunion everyone was waiting for on Saturday between Prince Harry and Prince William at the funeral of their grandfather, Prince Philip, happened without a lot of fireworks. Cameras caught them and Kate Middleton walking together and chatting after the ceremony. It’s what happened after the cameras went away that we are really curious about. 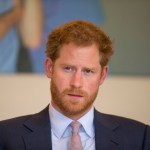 According to The Sun, the brothers met behind closed doors for two hours to discuss the aftermath of the Oprah Winfrey interview from March. The hopes are that the royal family can broker some peace in time for the Princess Diana statue unveiling on what would have been their mother’s 60th birthday on July 1, 2021. “It’s early days, but you’d hope this is exactly the first step Philip would have wished for,” a source told the U.K. publication.

Even though the warring royals met, the insider revealed that the talk was “unproductive” because William and Harry sit so far apart on the issue at hand — the palace’s racist views. It is also being reported that it was the Duke of Cambridge who requested to be separated from his younger brother at the actual funeral procession which only fuels the fire that William’s anger over the situation will not be quelled anytime soon.

But all hope is not lost since the family is united in their grief over the loss of Prince Philip, so it’s a possible starting point for reconciliation. Yet we all need to understand the healing isn’t going to happen overnight. “There is a lot to be unravelled here. This is a falling-out that has gone on for a long time,” royal biographer Penny Junor told The Sun. “They need the time, space and the trust.”

There are also reports that Harry is considering staying through Wednesday to celebrate Queen Elizabeth’s 95th birthday. The gesture might mean a lot to his grandmother, who was visibly upset at the loss of her companion of 73 years. The sight of her grieving alone in the church was an unforgettable image from Saturday’s events. Junor believes it is “the least he can do for his grandmother” while giving him “even more opportunity to talk to his father and his brother.”

If the Duke of Sussex holds out the olive branch by staying several more days in the U.K., it might soften William’s approach to the entire situation. The brothers not only will help ease some of the chaos surrounding the monarchy, but refocus their efforts to honoring their mother’s legacy.

Before you go, click here to see the best photos of Prince Philip’s remarkable life.