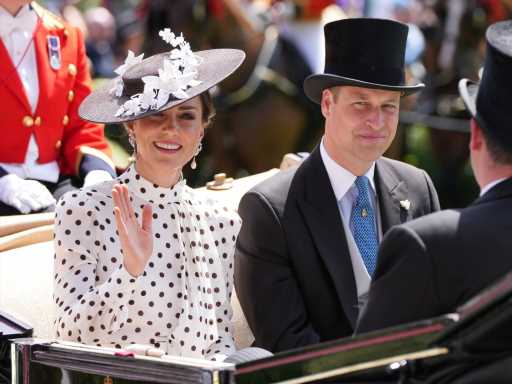 Prince William and Kate Middleton’s upcoming tour of the United States is likely one of the most highly anticipated royal events in the latter half of 2022. The Duke and Duchess of Cambridge will make their way across the pond and arrive in Boston this December for this year’s Earthshot Prize, celebrating ingenuity in the fight against climate change. Since the initiative’s inception, Prince William has garnered stateside support, including from a prominent — one might even consider them ‘royal’ — American family, with whom the Cambridges will collaborate during their time in Boston this winter.

Upon their arrival in Boston, William and Kate will likely receive a warm welcome from the late President John F. Kennedy’s family, especially his only grandson, Jack Schlossberg. The 29-year-old son of Caroline Kennedy, Schlossberg has been a vocal supporter of Prince William’s Earthshot Prize. In fact, within the last week Scholssberg quote-tweeted “Earth shot baby!” above an announcement from JFK Library, which read, “The JFK Library Foundation is proud to be the host partner alongside [Mayor Michelle Wu] and [the City of Boston] for The [Earthshot Prize], celebrating extraordinary solutions to repair our planet from all around the world.”

Just an hour later, Schlossberg quote-tweeted the Earthshot Prize official announcement video revealing the location for the next awards ceremony. Clearly, Schlossberg, whose grandfather pioneered the Moonshot initiative during his presidency in the early ’60s, is a fan of William’s efforts and the inspiration behind the cause. We wouldn’t be at all surprised if Schlossberg made an appearance at one of the Earthshot Prize events this winter.

The combination of Prince William, Kate Middleton, and potentially Jack Schlossberg would be incredible to see on the global stage. Surely this is the start of a new partnership that will last for years to come. After all, we can’t help but get the image out of our minds of Queen Elizabeth II and Prince Philip hosting President Kennedy and First Lady Jackie Kennedy back in 1961. More than 60 years later, what a sight it would be to see the late president and long-reigning queen’s grandsons come together for a vital cause.

'The Palace Papers: Inside the House of Windsor–the Truth and the Turmoil' by Tina Brown