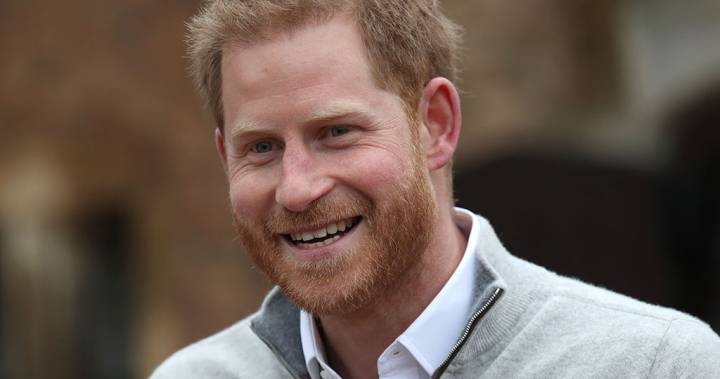 Meghan Markle and Prince Harry‘s son was welcomed into the world on Monday, and royal onlookers are itching to catch a glimpse of the newborn.

The newest addition to the Royal Family was born weighing in at seven pounds, three ounces, and is a “very healthy boy,” Prince Harry said.

While his name has not yet been revealed, 34-year-old Prince Harry told the press on Monday that he and Markle, 37, will show their son to the media in the coming days.

The couple’s first child is seventh in line to the throne, behind Prince Charles, Prince William, his children Prince George, Princess Charlotte and Prince Louis, and then dad Prince Harry.

The baby is Queen Elizabeth’s eighth great-grandchild, and Prince Charles’ fourth grandchild. But unlike cousins Prince George, Princess Charlotte and Prince Louis, Markle and Prince Harry’s son is not a prince — yet.

What is the newborn’s royal title?

While the public waits for confirmation, the newborn has likely inherited the title of Earl of Dumbarton, passed down from his father.

The earl title is secondary to duke, and it’s royal protocol for the firstborn son to use one of his father’s lesser titles as a courtesy title, Hello! Canada points out. The child will also one day inherit his father’s dukedom, and will be known as the Duke of Sussex.

Why isn’t the royal baby a prince?

Since Middleton and Prince William’s three children have prince and princess titles, why doesn’t Markle and Prince Harry’s son have one, too? Based on tradition, grandchildren of the monarch are princes and princesses, but great-grandchildren do not automatically assume those titles.

So the only way the Queen’s great-grandchildren get His/Her Royal Highness (HRH) titles is if the monarch issues a Letters Patent.

The Queen issued a Letters Patent in 2012 that gave royal titles to all three of the Duke and Duchess of Cambridge’s children. This means that if Markle and Prince Harry’s son was to become a prince, the 93-year-old monarch would need to issue a new Letters Patent.

Until the Duke and Duchess confirm their son’s name and title, there’s no certainty of his official role in the Royal Family.

But based on recent history, it is very likely that the Queen will grant him prince status soon.