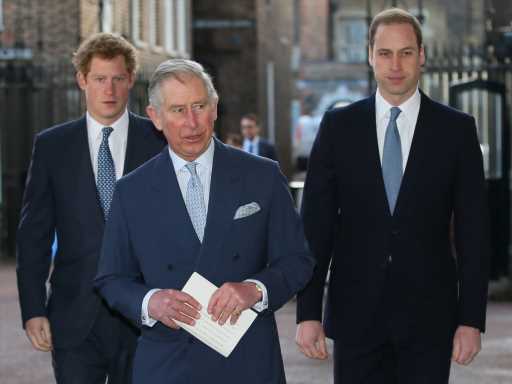 After a year of fits and starts when it comes to ending the royal family feud, it looks like the frosty interactions are thawing and moving in the right direction. While it’s likely that the relationship Prince Harry had with Prince Charles and Prince William will never be the same — it’s hopefully in the rebuilding stages of their new normal.

The brothers continue to show a united front in working to honor their late mother, Princess Diana, including last July’s statue unveiling, and on Wednesday, with The Diana Award’s Legacy Award. The siblings met with two sets of young winners (William in person and Harry virtually), who are making positive changes in their communities, much like Diana did during her time with the royal family. The duo has very different paths ahead of them, but it’s lovely to see that they can peacefully collaborate when it comes to carrying out their mother’s mission.

With Prince Charles and Harry, it seems like there is some forward motion there, too. After months of deafening silence, a Page Six royal source revealed that “the channels of communication are open.” This comes after almost two years of not seeing eye-to-eye, especially since an insider in Christopher Andersen’s new book, Brothers and Wives: Inside the Private Lives of William, Kate, Harry, and Meghan, alleges that it was Charles who asked about their future children’s skin tone, which eventually led to Harry and Meghan Markle’s exit from their senior royal role. The Page Six source claims that even with the father and son finally talking from time to time, there is still a long way to go at mending their relationship. “It’s not like they are sitting down for a heart-to-heart on the phone once a week,” they said.

With the Queen’s Platinum Jubilee only six months away and the Sussexes expected to attend, the family realizes that they can’t avoid each other forever. Even small gestures of healing the hurt are going to make a big difference when they all have to be face to face again.

Before you go, click here to see the best photos of Prince Harry and Prince William growing up together over the years.