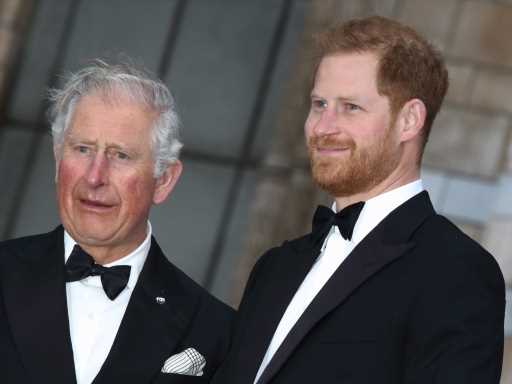 Like so many longtime royal family fans, we’re anxiously awaiting the arrival of Prince Harry’s forthcoming memoir. Of course, not everyone is looking forward to the Duke of Sussex’s upcoming tell-all. Following reports that Buckingham Palace is getting ready to be on the offensive once the memoir’s released later this year, one royal insider revealed Prince Charles tried to speak with Harry about the contents of the memoir — and the meeting didn’t go well.

Prior to the Invictus Games a few months ago, the Prince of Wales tried to get any details he could out of his son regarding the highly anticipated memoir, but to no avail. “We know that Prince Charles spent very little time with his son Prince Harry,” royal expert Neil Sean told The Express. “Charles wanted to have a one-to-one chat but that ended up being a very brief meeting,” he continued.

“According to a very good source, allegedly, Prince Harry refused to detail anything about his forthcoming memoir to Prince Charles.” Bearing in mind that such major occasions as Queen Elizabeth II’s Platinum Jubilee and Camilla, Duchess of Cornwall’s 75th birthday occurred this year, Charles was anxious to find out any detail about his son’s memoir. “Charles doesn’t want any negativity,” Sean emphasized. “According to that good source, Harry refused to talk about what he put down in his book and how this will pan out. It has been pushed back, and Charles will have to wait and see like the rest of us.”

Sean also revealed a theory he has regarding why Harry and company aren’t sharing any details about the book — even to his own family. “The fact they are remaining so tight-lipped means there have to be some bombshells in the memoir,” Sean mused. “Charles then iced his younger son with a very short meeting. He wanted to have a mature, adult conversation about what the book will contain, and whether the royals should be concerned about anything.”

We’ve known for more than a year now that Harry’s tell-all is on the way. With an impending release date drawing nearer and nearer, it’s no wonder the royal family is on edge. But like Sean said, it looks like they’ll just have to wait and see what the memoir holds like the rest of the public.

'The Palace Papers: Inside the House of Windsor — the Truth and the Turmoil' by Tina Brown