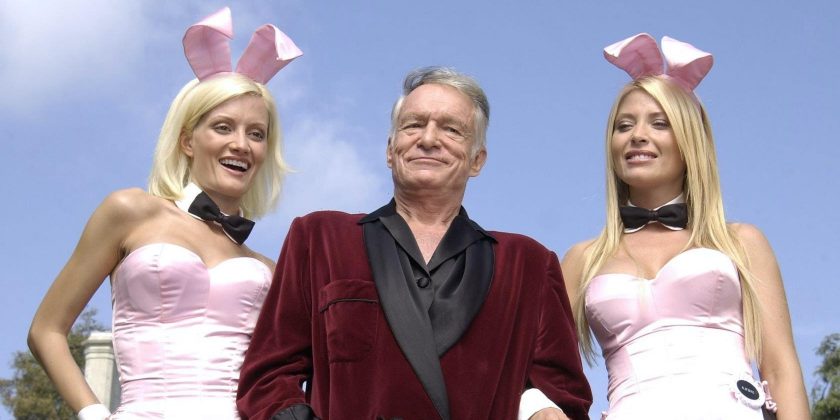 A fascinating new podcast series delves into the world of Playboy through the eyes of the women who built the empire – and the stories are riveting.

What springs to mind when you think of Playboy? Blonde-haired, big-busted women? The notorious pool parties at the California mansion? Or maybe the barely-there bunny costumes that became a Halloween sensation: white collars, white cuffs, fluffy cottontails. Chances are, at the centre of it all, there’ll be a velvet-slippered, pipe-puffing man with a stream of beautiful women in tow: Hugh Hefner.

Ever wondered where weaves come from? Coiled is the new podcast devoted to Black hair history

Whether Playboy elicits feelings of fascination or disgust, there’s no denying that the media empire has left an indelible mark on modern culture, as journalist and author Amy Rose Spiegel explores in the latest season of the podcast series Power. Tracing the rise and demise of Hugh Hefner through the eyes of the women who knew him best, Spiegel ponders how this self-styled eternal bachelor in a silk robe managed to bend the world around his fantasies, and whether he understood the cost others paid to bring those fantasies to life.

Power: Hugh Hefner podcast: Playboy founder Hugh Hefner with an entourage of Playboy bunnies at a London airport in 1966

As Spiegel lays out in the first episode, How To Sell A Fantasy, the Playboy story is layered and complex, especially given evidence that Hefner was “abusive and controlling” to some of the women in his inner circle, and there were “other famous powerful men who used the Playboy clubs to hurt people.” As we discover early on, before his rise to fame, Hefner was an ordinary middle-class man with a wife and children. Then he purchased unpublished nude photos of Marilyn Monroe from before she was famous to launch the first issue of Playboy in December 1953 (years later, in his endless pursuit of celebrity, he also paid $75,000 to reserve a grave next to her). We hear how Hefner spun a fantasy for American men that sexy “girls next door” were all around in the ordinary world, then rebranded himself as “Hef”, a swinging party animal and embodiment of male heterosexual power and privilege.

But this isn’t a podcast which obsesses, as Spiegel deftly puts it, with Hefner’s “horny celebration” of what he decided was sexy, which just so happened to be “conventionally attractive and predominantly white women deferring to guys.” Rather, the focus is on the women at the heart of Playboy who carved out status, prestige and power for themselves in a brand which catered to the pleasures of men. In the first episode, for instance, we hear from two bunnies from the 60s, Katherine Lee Scott and Jaki Nett, who offer a fascinating glimpse into Playboy at the height of its influence. Lee Scott, a 19-year-old farm girl from Minnesota who arrived in New York with dreams of becoming an actor, needed a bread-and-butter job to pay the rent, and responded to an advert in The New York Times to “step into the spotlight” as a Playboy bunny. “When I stuffed the schoolgirl part of me in the locker and put on that costume, I also assumed that glamorous persona,” she recalls. “I felt like a showgirl, and that was really fun”.

Nett, meanwhile, arrived in California in 1962 straight after graduating from high school in Mississippi to pursue her dream of being a “movie star”. “We were hired for our looks, we weren’t hired for our brains,” she tells Spiegel. “Playboy was an illusion”. Nett, who was one of the first Black women to be hired as a Playboy bunny, and rose to the esteemed role of “bunny mother”, training new bunnies in LA and around the world, definitely takes the award for the episode’s most riveting soundbites. “You had to be able to walk around in a corset and three-inch heels for eight hours,” she explains. “You don’t take your shoes off, because if you take your shoes off and your foot swells, then you can’t get your shoes back on. So you take a club soda, pour it in your shoes, and you walk around your slushy feet.”

As Spiegel points out, while Hefner took credit for the wild success of the clubs, their success “depended entirely on the bunnies themselves, and they were under heavy expectations to make sure his investment in them was a good one”. Part of that investment came in the maintenance of a strict beauty regimen, reinforced through the notorious bunny training manual – the details of which are include the regular use of both lotion to keep skin “soft and pretty”. But the dark underbelly of Playboy goes beyond aesthetic modifications required of the women who donned bunny costumes. In future episodes, Spiegel speaks to one of Hefner’s former girlfriends, Holly Madison, who alludes to verbal and emotional abuse. For anyone interested in how women are treated in the public eye, this podcast reminds us that to be in the spotlight doesn’t guarantee that one’s story will be heard.