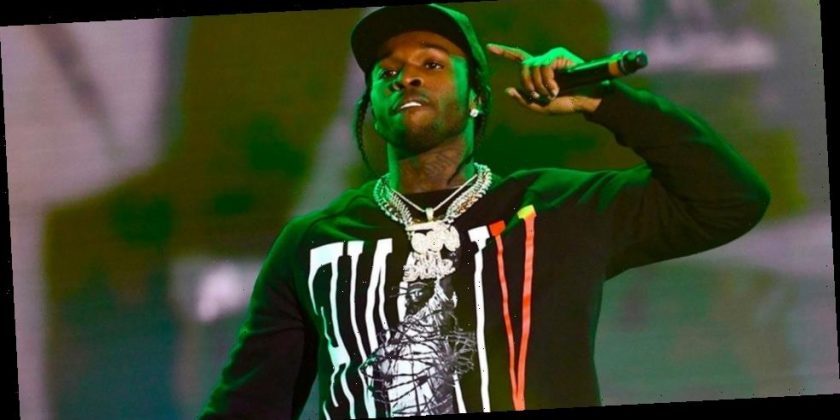 Coinciding with the film and soundtrack release and in celebration of the late Pop Smoke, a Pop Smoke x Boogie capsule collection is available for fans. Apparel items include tees, crewnecks and hoodies with designs inspired by vintage trading cards and sports memorabilia. The collection also pays homage to Brooklyn street landmarks.

Alongside the collection, the soundtrack for Huang’s directorial debut Boogie is out now. Released by Victor Victor Worldwide and Republic Records, the soundtrack includes Pop Smoke’s track “AP” and features other artists including Polo G and many more. Huang spoke about the soundtrack stating, “We sought inspiration from the great soundtrack albums of our time like Above The Rim and the Brooklyn Drill movement pioneered by Pop Smoke, 808 Melo and Victor Victor Worldwide. This album is meant to represent the pulse of the streets of New York City.”

The price for the collection ranges between $20 to $70 USD and is now available online at RealPopSmoke.

In case you missed it, A24 and Plan B tapped Korean art/fashion community Softoffice for Minari merch.
Source: Read Full Article