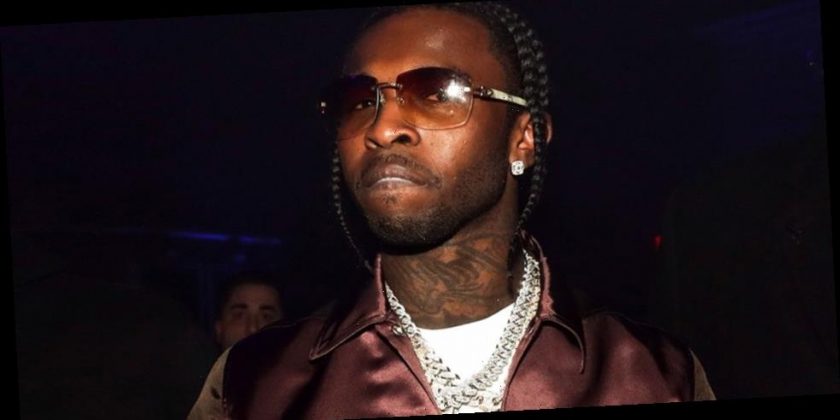 Pop Smoke might be gone but he will certainly never be forgotten. Billboard reported that his posthumous debut LP Shoot For The Stars, Aim For The Moon is now the longest-running No. 1 album on the Top R&B/Hip-Hop Albums chart since 1990.

The July 2020 album jumped back up to No. 1 from No. 3, earning 43,000 equivalent album units and increasing by 13 percent from the previous week’s. This is the 17th week Shoot For The Stars has led the chart, marking the most weeks an album has hit No. 1 since M.C. Hammer’s 29-week run with Please Hammer, Don’t Hurt Em in 1990. Smoke also overtakes Eminem‘s 16-week run with Recovery to become the chart’s longest-running No. 1 of the 21st century.

Smoke will be making his acting debut on Eddie Huang‘s upcoming film Boogie and music exec Steven Victor confirmed that more posthumous music is on the way. DMX also revealed that he has a collab with the late rapper on his upcoming album.