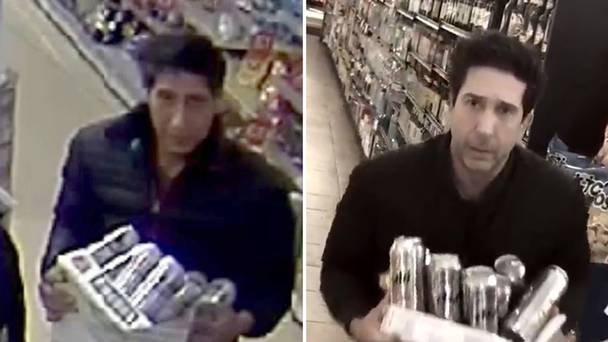 Police looking for a suspected thief with a resemblance to Friends actor David Schwimmer have made an arrest in London.

Social media users pointed out the likeness to Schwimmer’s character Ross Geller in the popular US sitcom when police in Blackpool posted an image of a man leaving a restaurant and carrying what appeared to be a carton of cans.

Schwimmer later responded to the picture by posting a video to his Twitter account that showed him scurrying through a convenience store carrying a carton of beer before looking up furtively at a CCTV camera.

Officers, I swear it wasn’t me.
As you can see, I was in New York.
To the hardworking Blackpool Police, good luck with the investigation.
#itwasntme

He captioned the video: “Officers, I swear it wasn’t me. As you can see, I was in New York.”

“To the hardworking Blackpool Police, good luck with the investigation.”

On Tuesday, Lancashire Police posted an update on the investigation into the alleged theft in the resort on September 20.

The force tweeted: “Following the appeal we posted looking for a man who resembles a well-known actor, we now have an update.

“Thanks to our colleagues @MetPoliceUK, a 36-year-old man was arrested in Southall last night on suspicion of theft. Thank you for the support, especially @DavidSchwimmer!”