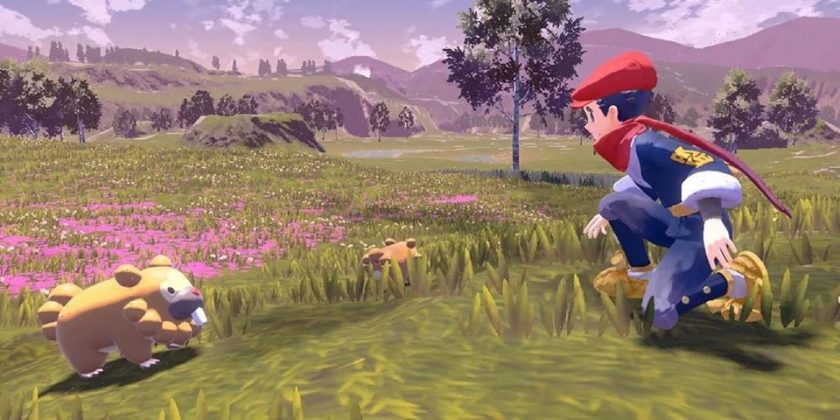 During its Pokémon Presents showcase on Wednesday, Nintendo shared a first look at the upcoming Pokémon Legends: Arceus gameplay in a brand new trailer.

Set in the Hisui region, the game features a brand-new, open-world adventure that takes place prior to the events of Pokémon Brilliant Diamond and Shining Pearl. The player’s goal is to aid the Galaxy Expedition Team in creating a “Pokédex” documenting all of the pokémon in the region.

Nintendo delved into Pokémon Legends: Arceus‘ all-new battle system, which strays from traditional gameplay with a new feature called “Action Order” that influences turn order. Players can select between attacks that fall into either the “strong” or “agile” style category; where the former moves are stronger, but increase the amount of time between attacks, and the latter moves are weaker, but faster.

Elsewhere, the video game company introduced the various breeds of pokémon that will inhabit the Hisui region in Pokémon Legends: Arceus. Similar to Sun & Moon and Sword & Shield, the game will include new pokémon specific to the game’s given region. Some of the Arceus pokémon will include Hisuian forms of Braviary and Growlithe.

Pokémon Legends: Arceus will be available on Nintendo Switch beginning January 28, 2022. Watch the trailer above.