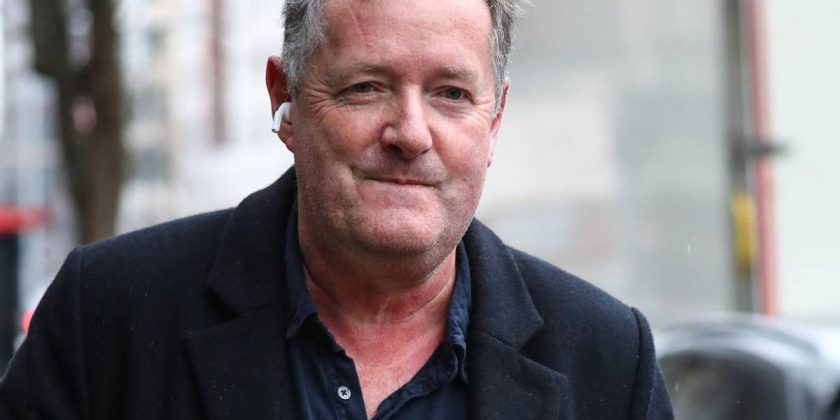 Firebrand morning show host and Meghan Markle’s arch-nemesis Piers Morgan has unleashed on the Duchess of Sussex in a fiery interview with Fox News this morning.

In his first interview since he was dumped from British television, he said he was right not to believe Meghan and Harry in their bombshell interview with Oprah Winfrey last month because 17 of their claims have since been proven false, exaggerated or unverifiable.

“What I was witnessing was the most extraordinarily disingenuous smear, hit job, on the Royal family, on the Queen, on the monarchy, and frankly on Britain, my country,” he said.

“I went on air on Monday morning with full bells on and said quite clearly that I didn’t believe what Meghan Markle was saying. Here we are a month later and frankly, I’ve had plenty of time to think about this – I still don’t believe any of what they were saying.

“Seventeen different claims by the pair of them have now been proven to be either completely untrue, or massively exaggerated, or unprovable. I don’t understand why I should have to believe people who are not telling the truth.”

In the Oprah interview Meghan had claimed that she was denied access to mental health care when she was feeling suicidal because she was told it “wouldn’t look good for the institution”. Morgan this morning demanded that the duchess give evidence for the claim by revealing who allegedly denied her care.

“You’re accusing two people in the palace of being unspeakably cruel simply to protect the brand of the Royal family, if that is true let’s have the names of these people and let’s go to them and ask them is this true,’ he said.

“Did you tell a suicidal woman, who told you she was suicidal, not to get help? – because I find that impossible to believe.”

Morgan asserted that Meghan was ‘accusing the Queen and the Monarchy and the institution as being racist’ – adding: ‘We don’t know the context, we don’t know what was said’.”

Morgan said the question about Archie’s skin color could have been “innocent” if it was based on mere curiosity. He acknowledged, however, that if the question were “loaded with a sense of derogatory tone or concern, then it becomes racism”.

He further said that Meghan’s suggestion that Archie was barred from becoming a prince because of concerns about his skin color was “completely untrue”.

“It’s not just a sense of her lived experience being untrue, it is factually incorrect. That boy was never going to be a prince until Prince Charles, Harry’s father, becomes king on the death of the Queen,” Morgan said.

“And that’s gonna happen whatever the skin colour of Archie’s mother, that’s set-in-stone – it’s been the case for 100 years.

“So for Meghan Markle to try and create a story that says that the decision to not make Archie the title of prince was based on his skin color is a lie.”

Morgan also spoke in detail about what made him storm off set in a now-infamous tantrum, and what he did immediately after it. He said that it was all about “freedom of speech”.

“I was hired by ITV to do the morning show because they were struggling with the ratings, they wanted me to shake things ups … I was a highly opinionated person and they knew that,” he said.

“Over five years we trebled the ratings and the last day ironically was the first day we beat the BBC.

“Instead I was corralled into a position that ‘you’ve got to apologise … or your position is untenable’.”

He said he took time to make a decision and thought of the advice his late manager would’ve given him.

“I went for a long walk around West London, it was a beautiful, sunny day,” he recalls.

“He would be telling me ‘trust your gut’ and my gut told me ‘I was gonna be damned for speaking my mind’.

“[I won’t be] bullied by the woke brigade for apologising.”

He said he then went back to ITV and told them: “Apologies don’t get you anywhere, on a fundamental point of principle I’m not going to apologise for not believing Meghan Markle.”

He then found out Meghan and Prince Harry had complained to both ITV boss Carolyn McCall and the UK’s media regulator Ofcom.

“I should be condemned to lose my job later that day.”

This morning he admitted he “shouldn’t have left my seat” when he stormed off the set, but revealed why he did it.

“I was angry because I could feel that there was this growing sense of if you didn’t believe Meghan on everything she said, then you were the problem you were the racist, couldn’t possibly be that she was lying,” he said.

In his interview this morning, he also fired up at Good Morning Britain’s Alex Beresford — the presenter who called him out on the morning he stormed off set — saying he didn’t have any journalistic credibility.

“He is the stand-in weather guy, he’s not a journalist, someone I’ve helped in his career like he has asked me to,” he said.

“I specifically asked for him to come in that morning … he wanted to explain to us and the moment he came on air, came with a premeditated attack on me that was quite personal.

“I walked off … I was quite angry in the moment, that I have a personal vendetta against Meghan Markle, which I don’t.”

“Sharon was taken down very deliberately”

Morgan also spoke about Sharon Osbourne who said Morgan should have the right to freedom of speech.

She subsequently lost her role on a CBS’ panel show, The Talk, and that hurt Morgan more than his leaving GMB.

“It’s disconcerting to see a good friend of mine taken down. Sharon was taken down very deliberately …. all because she dared to tweet that I was entitled to my own opinion,” Morgan said.

“It was one of the most difficult days of my career. Sharon went on Twitter immediately and defended my right to speak. She’s a loyal friend and my god has she paid for that.”

“Talking about themselves … is their only currency …. without that they’re just another couple of celebrities on the Huxta trail,” he said.

He had a go at Meghan’s Hollywood career, and admitted he liked her show Suits and praised Harry for going to war.

“But what’s happened to that guy? He’s turned into a whiny brat,” he says.

“He’s in his mid-30s crying his dad won’t fund him financially.”