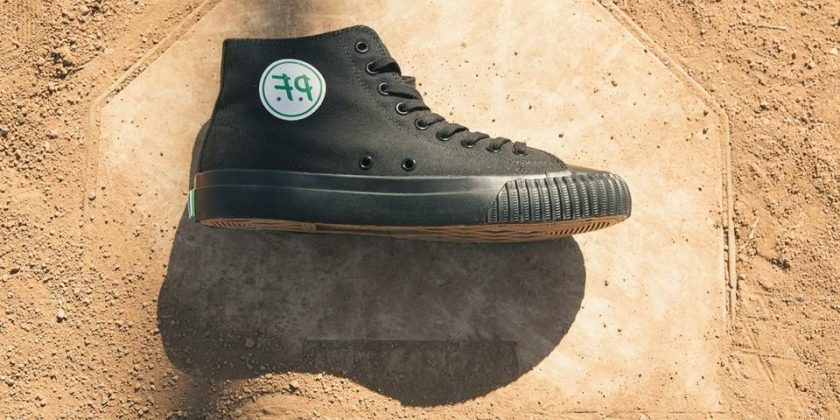 PF Flyers has been acquired from New Balance by Kassia Davis, daughter of New Balance chairman and majority owner Jim Davis. Founded in 1937, PF Flyers’ canvas sneakers have long played a part in American folklore: they were worn by NBA Hall of Famer Bob Cousy from the Boston Celtics, and even played a key role in The Sandlot. Now, Davis is hoping to breathe new life into the nearly century-old brand, and she’s tapped D’Wayne Edwards — the founder of Pensole Academy and a former design director at Jordan Brand — to lead its creative direction for its first year.

The brand will return with its classic Sandlot sneaker (pictured above) as well as models like the Center Hi and Center Lo. Davis and Edwards also have a goal of launching new silhouettes by fall 2022. “[PF Flyers is] an American classic with so much history and authenticity that I’m really passionate about evolving it into the brand that I truly believe it has the potential to be,” Davis told Footwear News.

Before purchasing PF Flyers, Davis spent a decade working at New Balance, then left in 2020 to found KADA, a women’s lifestyle brand. She’ll operate PF Flyers through her holding company, Kassia Designs, LLC, and has stated she’s looking for a woman CEO to lead the company.

Expect PF Flyers sneakers to return in September, with prices ranging from $58-$78 USD. Interested parties can also sign up for a waitlist to be notified of upcoming drops.