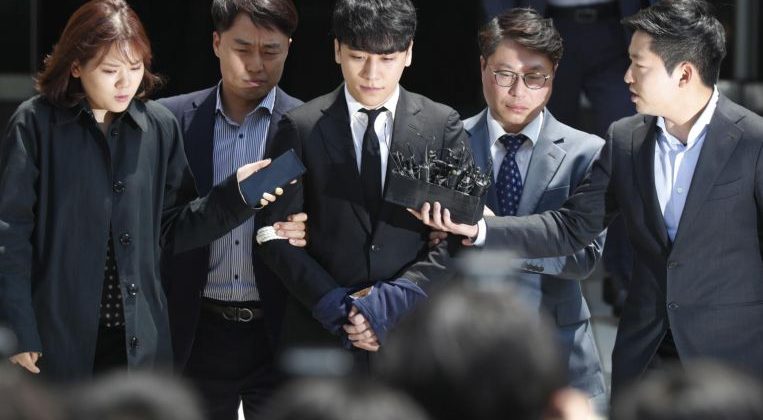 Fed up over a never-ending stream of stories about the misbehaviour of K-pop artists, and a perceived slow pace of investigations, fans now want to play judge and jury themselves.

Upset that a judge on Tuesday (May 14) did not approval an application for an arrest warrant for former BigBang singer Seungri, they have issued their own “verdict” instead, ruling that the judge is at fault in this case, and should be sacked.

On Wednesday (May 15), a petition calling for the judge’s removal was posted on a government website.

The petitioners want another judge with a “heart and soul” and who has the ability to make “reasonable decisions”, reported the allkpop website.

The rejection of the arrest warrant on Tuesday was a surprise to many netizens who expected the singer to be nabbed, given that the same fate had fallen on artists Jung Joon-young and Park Yoo-chun over allegations of illicit taping of women in sex acts and drug use respectively.

Seungri is said to have booked prostitutes for would-be investors of his businesses and siphoned 530 million won (S$612,000) from nightclub Burning Sun.

The judge on Tuesday said there was room for argument over the alleged embezzlement and that the singer was not a flight risk.

That decision led some netizens to speculate over whether Seungri has high-powered connections.

They were also likely to be further incensed over what the singer did after he earned a reprieve.

Seungri hit the gym on Wednesday and was in a good mood, waving to reporters with a smile.

The netizens were also not impressed hearing that the police would not be making another attempt to secure an arrest warrant.

The police said on Wednesday they will focus on wrapping up their investigations before Seungri reports for mandatory military service on June 24.