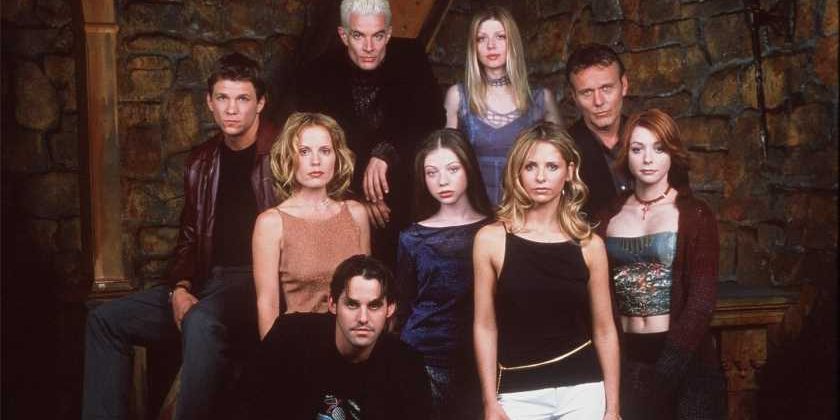 From the death of Tara on Buffy to the finale of Lost, people are sharing their least favourite character arcs and moments in TV and film history.

The attachment we can have to TV shows, movies and the characters within them are real. Whether it’s watching things we love or strongly hate, we can become so invested in the storylines of our favourite shows and films that when we feel that they’ve taken a turn for the worse, it can cut like a knife – and people are reflecting on these moments right now.

In a recent Twitter thread, one user asked: “what’s the one thing you’ll never forgive from a tv show or movie?”

The tweet, which gained over 6,000 retweets, saw people share their least favourite moments in TV and film history, and why they just can’t get over it, with one writing: “I’ll go first – I will always hate the Charmed writers for how they destroyed Cole’s character arc.”

The popular noughties show was a cult favourite with many loving the character of Cole but disliking the way his story progressed, with one woman writing: “It made 0 sense. He was possessed by the source of all evil, possessed! And he got possessed in the first place to save them. And they kept blaming him about everything the Source did, Phoebe ready to let him rot in the fourth season finale to “move on” smh such bad writing.”

One person wrote that they disliked how Scandal made the show about Olivia Pope’s relationships in the later seasons.

“Scandal really broke my heart,” another said. “I went from calling myself a gladiator to not watching by mid-season 3.”

A third user said they were disappointed with Avengers: Endgame and the way Thor was portrayed.

“I didn’t like how fatphobia overshadowed Thor’s story in Endgame. One of the reoccurring themes of Thor in the entire franchise was his worthiness. They REALLY could’ve developed something great or meatier than making him gain weight a laughing point. To me, it cheapened his character.”

In the replies, people also shared the TV show endings which they deemed the worst, with one highlighting Lost.

“Lost is still one that really makes me angry. They left so many unanswered questions and went off in some super weird self-indulgent direction.”

And unsurprisingly, the final season of Game of Thrones got a mention.

“Most of the final season of GOT including Bran being king and Jon being a Targaryen and it meaning nothing,” said one user.

The deaths of key characters were also mentioned in the thread, including the death of Marissa in The OC, Tara in Buffy The Vampire Slayer, Bill in Big Love and the death of numerous characters on Grey’s Anatomy.

“I dislike how Grey’s Anatomy killed off so many characters when they could just have them leave the hospital. It hamstrung the storytelling, but it’s basically a daytime soap at this point.”

The treatment of Black characters on TV shows was also up for criticism.

“I’m mentioning Julie P. and the writers of Vampire Diaries/Originals for giving shitty storylines to Black characters,” said one. “Justice for Kat Graham.”

“I hate how dirty they Tara throughout the True Blood series and how her story ended. She deserved a happy ending more than anyone.”

One Twitter user also highlighted how the female characters in the Big Bang Theory and Bones took a turn in their character arcs.

“I didn’t like Big Bang Theory for having not one but TWO female characters who stated clearly they didn’t want kids BOTH end up having kids,” they said. “Also Bones for the same thing plus her getting married after being explicitly against marriage.”